Amazon – Technology Leader or the Next Wal-Mart? 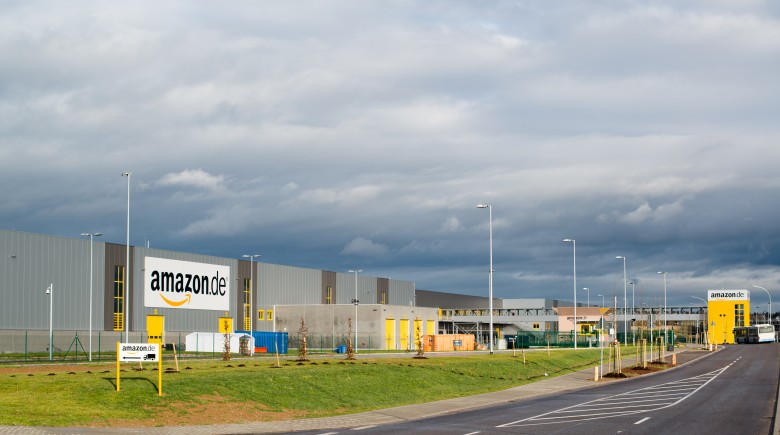 Recently, President Obama gave a speech on job creation.  However, that wasn’t the primary focus of many articles leading up to and following the speech.  Instead, the attention focused on where the speech was located: an Amazon warehouse in Chattanooga, TN.  This explicit endorsement of Amazon and its policies caused a debate about jobs and what should the government value.  The problem is that Amazon can be categorized in two ways: a consumer-friendly company that drives down prices and a monopolistic bully in the mold of Wal-Mart.

This type of dual personality seems to befit Amazon, though its reputation is far better than Wal-Mart’s.  The main difference between the two is that Amazon appears to be an enlightened Silicon Valley corporation that has made life better for the average American.  Its low prices and fast shipping has endeared them to many Americans, especially college students, who don’t have the time to shop around at a mall or shopping center.

However, those low prices have come at a cost, especially for book sellers.  The result is that Borders has gone out of business, many speciality bookstores are feeling the pinch, and publishers were willing to be led into anti-competitive behavior.  Amazon has been a disruptive force in the publishing industry, which has manifested in increasing denouncements of Amazon by publishers, authors, and supporters of specialty bookstores.  US consumers are no longer content to pay MSRP for books not when Amazon regularly discounts upcoming and bestselling books 10-40%.

On the other hand, Amazon’s hiring practices and how it treats employees leave much to be desired.  Similar to Wal-Mart, it uses temporary workers to keep costs low and utilizes practices that seek to take as much productivity as it can while it utilizes the desperation of temporary workers to keep their wages low.  Furthermore, the announcement that Amazon will create 5,000 more jobs doesn’t actually do too much for the US economy as a whole.  It has long been understood that the main job driver in America are small businesses and start-ups, where individuals start obtaining job experience while helping to revitalize the local community.

As a whole, Amazon’s strategy seems to rely on good press and admiration for its low prices.  However, it doesn’t have too far to go to become another Wal-Mart in the making.  Both companies have very similar fundamentals.  They are driven both by excellent logistics and extreme cost cutting measures.  Amazon’s labor practices are even similar to Wal-Mart’s.  Amazon once let temperatures inside one of its warehouses reach nearly 110 degrees.  Although Amazon does pay higher wages (generally 50% above minimum wage), its jobs are similar to Wal-Mart’s in that there are few opportunities for advancement.

Considering this, Amazon should be performing like Wal-Mart due to its dominant position in the online retail world and cost cutting ability, but there are concerns as to Amazon’s future profit making ability.  An examination reveals that Amazon has been sinking money into long term investments such as the Kindle platform, Prime videos, and other new initiatives.  The problem is that all of Amazon’s new initiatives are not likely to be high margin revenue drivers.  In fact, very few of Amazon’s businesses are high margin anymore.  It’s rampant cost cutting has seen it sell many retail items for far below list price.  Furthermore, it is an open secret that Amazon sells its popular Kindle Fires at either costs or with a margin that only tremendous sales could see a sizable profit.

So, in short, Amazon appears to be the next Wal-Mart, only without an overt focus on the bottom line.  It has earned the support of American consumers for its prices and fast shipping.  On the other hand, its employment practices are questionable and it doesn’t seem to have Wal-Mart’s penchant for making money.  Amazon is a company that is good for the consumer, but is flawed in ways that have been seen before.

Amazon – Technology Leader or the Next Wal-Mart?