Annuities stand alone in the world of investments and retirement planning as perhaps the most unique savings vehicle ever created.  Annuities are offered by life insurance carriers as a means of insuring against superannuation – the risk of outliving one’s income.  In its simplest form, an annuity is a formal agreement between two parties, where the investor pays a sum of money to the annuity provider now in return for a series of payments to be made at a later time.  Modern annuity contracts have three phases: accumulation, where the money is paid in either with a lump-sum payment or series of payments and grows for a period of time; annuitization, a one-time event that converts the annuity contract from receiving payments to making them; and the payout phase, where payments are made.  There are also three parties in every annuity contract besides the insurance carrier: the owner, who makes the premium payments; the annuitant, upon whose life expectancy the payments are calculated; and the beneficiary who receives the payments.  There are three main types of annuities: fixed annuities that pay a guaranteed rate of interest for a set period of time; indexed annuities that give the investor a portion of the return of the debt or equities markets while guaranteeing principal; and variable annuities that invest the money in the contract in variable mutual fund subaccounts.  Annuity contracts can also be either immediate or deferred; an immediate annuity is one where a lump-sum payment is made into the contract with payments back to the beneficiary beginning immediately, while deferred contracts grow for a period of time before payout begins.  All types of annuities offer several key benefits that have made them a popular choice for many retirement savers, including:

d)      Life with Period Certain – payments continue until the later of the beneficiary’s death or for a minimum period of time, such as 20 years

Protection from Superannuation – An investor who annuitizes his contract (this is not a mandatory option) will receive a payment that is based on his life expectancy, and he will continue to get this payment as long as he lives-even if he lives for several years after the contract value has been depleted.

Unlimited Tax Deferral – Annuities resemble traditional IRAs and qualified plans in that they grow tax-deferred until retirement-except that there is no limit to the amount of money that can be placed inside an annuity in a given year. Wealthy investors can purchase contracts for several million dollars and shield the entire amount from taxation immediately.

Protection from Probate and Creditors – Annuities are the only type of investment vehicle that enjoy unconditional exemption from probate and substantial protection from creditors (O.J. Simpson lived off of money he had in annuities after his other assets were levied in the civil suit).

Safety of Principal – Fixed and indexed annuities are guaranteed for principal by the issuing carrier and are backed by the financial strength of the carrier.

Higher Rates – Because they are not backed by the FDIC or other governmental guarantees, fixed annuities typically pay slightly higher rates than CDs or treasury securities.

Some of the disadvantages of annuities include:

Illiquidity – Like IRAs and qualified plans, any funds withdrawn from an annuity before age 59 ½ are subject to a 10% early withdrawal penalty unless a qualified exception applies, such as death or disability.

Taxation – Although annuities do offer unlimited tax-deferral, all income taken from them is always taxed as ordinary income. There is also no step-up in basis for annuities like there is for stocks or other securities.

Expenses – Annuities are one of the most expensive types of investments that you can buy. Most annuity contracts charge an additional fee for withdrawals within the first few years of the contract.  Surrender charges can range from 5 to as much as 15% in the first year of the contract, depending upon the term of the annuity.  These charges usually decline by a certain amount each year until they disappear after 5 to 10 years.

Although annuities have existed conceptually in one form or another since the Roman Empire, they have only been commercially available in America for about a hundred years or so.  In that time, they have grown increasingly varied and complex and now come in many forms from all types of carriers.  Variable contracts now offer many types of living and death benefit riders than can guarantee a minimum return on capital under certain conditions.  Some annuities can also pay out additional amounts beyond the guaranteed values to pay for long-term care or disability expenses.  Annuity contracts are available from several sources, including banks, brokerage firms and money managers, insurance salesmen and also online. 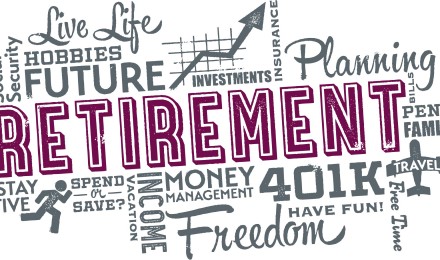 One Way To Get A Retirement Pension: Buy One 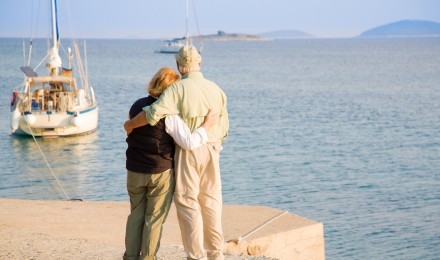 Income in Retirement – Drawing on Savings