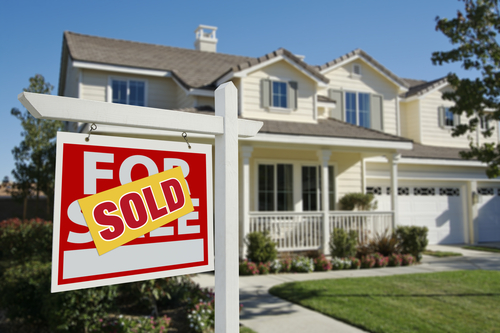 Data released by the National Association of Realtors (NAR) shows that April home sales increased to an annual rate of 3.4 percent. The rise in resale homes is also the first increase in the last three months. This extrapolates into 4.62 million resales over a 12-month period. Existing home sales has not reached this level since May of 2010.

The data provide further support to the contention of many housing market watchers that the seemingly endless decline in the housing and mortgage industries has reached bottom– positioning the markets for a long-awaited recovery.

According to the NAR, the median sales price escalated to $177,400 in April — a 10.1 percent year- over-year increase. It reflects the largest rise in resale home volume on a yearly basis since January 2006. The NAR reports that distressed sales, which is comprised of foreclosures and short sales transaction, declined to 28 percent of existing home sales transaction, in contrast to 29 percent in March, driven by a fall in the number of foreclosures sales.

Lawrence Yun, chief economist for the National Association of Realtors, said that fewer foreclosures deals helped to fuel the rise in median home prices. Yun describes the state of the current housing market as a shift away from a “buyers’ market to one that is much more balance.” He also noted that some regions of the country have become “sellers’ markets.”

The NAR reports inventories increased to 2.54 million units, which reflect the seasonal tendency of homeowners to place their homes on the market for sale in the spring.

The existing home sales economic indicator represent an important markers used by economists and investors to analyze financial markets. This economic indicator shows the number of transactions for resale homes units, including townhouses, condominiums and single-family homes, constructed at some point in the past, which actually closed.

The NAR releases this information around the 25th of each month at 10:00 AM (EST). Since the housing market crashed, data for existing home sales and new home sales have plummeted to historic lows. Existing homes sales comprise what economist call a “lagging indicator.” April home sales are reflect changes that have already taken place the market.