Back to School Technology Essentials – The Budget Buyer 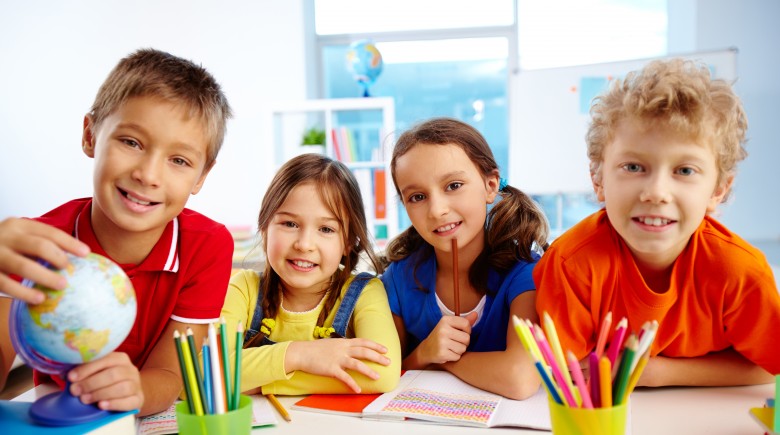 The start of a new academic year is rapidly approaching.  Many schools, especially in the South, have either started school or will do so in the next few weeks.  However, with a new school year, there might be a need for a new electronic device, whether it is a new laptop to replace one that has worn out or a new cellphone to keep up with the times.  Let’s take a look at the back to school electronic purchases you may need to make.  This article will focus on those shopping on a budget, while later articles will focus on the business student, performance user, and gamer.

If you don’t want to spend a lot of money on a new back to school electronic or you only need a relatively temporary replacement, this is probably one of the best times in recent history to buy a highly functional computer for relatively low prices.  Almost all of the major computer manufacturers have been hit hard with declining sales, Windows 8 has not sold well, and Intel has released a new processor that makes most of the computers on the market obsolete.  However, if you look hard enough, you will be able to find an excellent computer that will do all of the basic stuff a college student might want (word processing, video chatting, movie watching, web, and basic gaming) for less than $600.  If you are willing to go refurbished, it is possible to get a computer for less than $400.  Furthermore, cellphones and tablets have advanced to the point where you can get an excellent budget cellphone or tablet that will do everything almost as well as the top of the line products, but at a fraction of the price.

Your basic back to school laptop will need to be able to do some fundamental processes, such as word, internet, and media.  As a result, your typical laptop will ideally have a an Intel i3 or i5 processor or an AMD A8 or A10 processor, if you are more gaming inclined, with a fair amount of memory and storage in a relatively lightweight package.  For the typical student, I would advocate that they stick to a 13 or 14 inch laptop as it offers the best mix of keyboard size and portability.  Below are 3 laptops that would be perfect for the typical student.

Lenovo has consistently done well since purchasing IBM’s notebook segment by keeping the quality of the Thinkpad laptop high and building affordable laptops aimed at the budget consumer.  Currently it has become the world’s largest laptop producer and the Lenovo U310 and U410 shows why it is dominant.

The Lenovo U310/U410 takes it’s design cues from the Apple Macbook Pro 13.3, resulting in a clean ascetic in a fairly light package.  Since this design is nearly a year old, it would be smart to look for deals to get a lower price than you can get at retail.  If you are willing to go refurbished, there are u310 refurbished models selling on Ebay for less than $450 that have everything you would need (i5 processor, 32 gb solid state drive, 5+ hours of battery life).

These Dell Laptops are probably among some of the best budget laptops from Dell since the early 2000s.  Although the design may be utilitarian, the price and features are among the best among budget computers.  Like the Lenovo U310/U410, these computers are over a year old, so it possible to find refurbished models on Ebay for much less.  It may be even possible to score a 14z i3 laptop for less than $450.

The Sony Fit 14E is a relatively newer laptop, having been introduced only a few months ago.  However, the Fit 14E retains all of Sony’s design and build quality, making it probably one of the best budget laptops out there.  The price is not as cheap as the Lenovo or Dell laptops, but improved screen and Sony quality is more than enough to make up the gap.

Since the introduction of last year’s Nexus 7, the tablet market reached the mainstream.  So, if you think that you’ll need a budget tablet, there are many options out there to consider.

The new Nexus 7 has been improved upon last year’s model, with a better processing power, graphics, and a much better screen.  It is safe to say that the current Nexus 7, at $229, is probably the best tablet deal on the market.  Furthermore the Nexus 7 has stock android, so it will be updated to the latest version faster than the other tablets out there.

The current iPad mini, at $329, is a solid competitor to the Nexus 7, especially if you rely on the Apple ecosystem already.  However, it would be wise to hold off purchasing an iPad mini until Apple announces and releases a new one.  This is because the rumor mill indicates that the next one might have a retina display with better processing and graphics power.

The Kindle Fire is an excellent budget tablet, but, of the three tablets listed here, it is one of the least powerful tablets out there.  The screens for the Kindle Fire HD and Kindle Fire HD 8.9 are great, but, like the iPad mini, they are a year old with a refresh probably coming up soon.  So, if you really need a tablet that connects to the Amazon ecosystem, the Kindle Fire HD is your best bet.  However, the best advice is to wait for a few months so you can grab the newest one in the middle of the semester.

The budget smartphone market these days is very good.  Last year’s flagship phones have been discounted to tremendously low prices while upcoming budget phones promise to be very good.  Here are some budget phones that you should look at:

The Nexus 4 is currently the best budget smartphone for prepaid customers.  Starting at $300, you get the best of last year’s flagship phones for a fraction of the price.  It offers a very powerful Snapdragon S4 Pro chip, an excellent screen, a good camera, and stock android.  Overall, it is probably the phone to get if you don’t have a contract.

The LG Optimus G is the equivalent of the Nexus 4, but carries a more powerful camera.  It is relatively cheap on contract as Sprint offers the Optimus G for $0 with 2 year contract, while AT&T charges $50 for it with a new 2 year contract (which will probably drop to $0 sometime in the next few months).

The Windows Phone 8X from Verizon offers the best value out of all of Verizon’s budget smartphones.  It is free with a 2 year contract.  It offers a 720p display, a Snapdragon S4 Pro SoC, and Windows Phone 8 in a very small package.  The screen is only 4.3″, so it is also a phone that will fit in your hand well.

Back to School Technology Essentials – The...