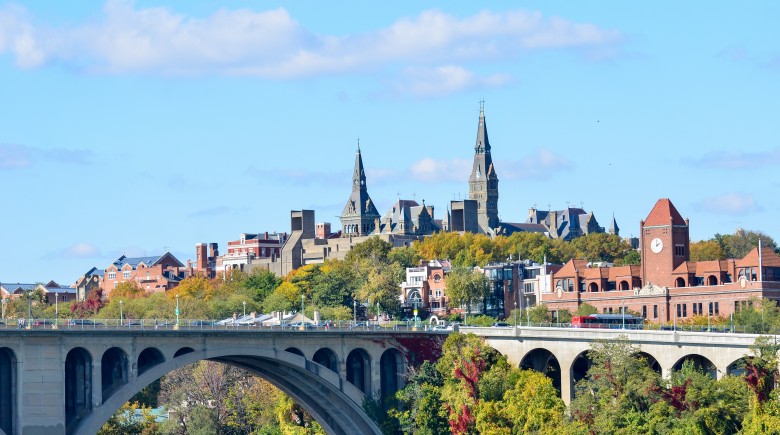 Here at PrimeRates.com, we will continue our regional analysis of schools and school costs using the Camry College Cost Comparison.  This article will focus on Mid-Atlantic Universities, as defined as schools in states as south as Virginia and as north as New York.  These six states and the District of Columbia have their own share of major private and public universities of repute.  Of these schools, we have divided the universities into three categories: Public Universities, Large Universities, and Small Liberal Arts Colleges.

The Mid-Atlantic Universities that were selected for comparison are among the best universities in the country.  Although these schools are not representative of schools in the region, they do reflect a good benchmark in terms what a quality university education may costs today.  Furthermore, these universities are located in a variety of locales with different focuses and specialities.

However, the analysis does not include the USMA at West Point and the USNA at Annapolis due to their unique cost structures.  This is because when viewed over the course of the entire educational experience, the cost of attending the schools total to at most the $3000 in initial costs as the schools are tuition free and the cadets receive a minimal salary from which they cover basic living and personal experiences.  As a result, the USMA and USNA do offer the best value in the region, but these military academies are certainly not for everyone.

Looking at the public mid-atlantic universities, the best value below is probably represented by the two Virginian institutions for the instate residents, but SUNY Binghamton probably offers the best value for out of state residents.  Another school note worthy for its relatively low cost for out of state students (compared to in state students) is Penn State University.  Otherwise, as a generalize measure, you can expect to fork over the cost of a new Camry to attend these public institutions at the in-state price, while out of state students can generally expect to pay close to what it would cost to buy two Camrys.

The private mid-atlantic universities have a rather large range from elite Ivy League institutions to smaller liberal arts oriented colleges.  However, there is one thing that does really change among these schools: the price of a year’s tuition, room, and board.  The typical cost is a shade over what it would take to buy 2.5 Camrys, which is also well over $50,000.  Although this is a rather exorbitant figure, these schools generally have excellent financial aid, which can bring the costs for many students to a level similar to what many public institutions offer for in-state prices.