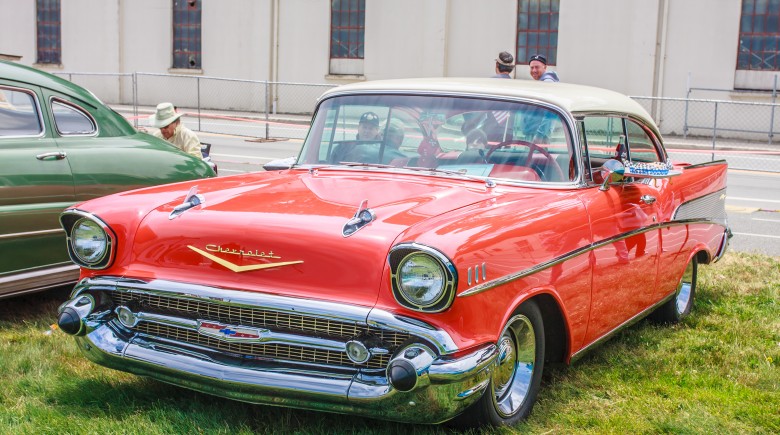 If there’s a universal dream about car ownership, it’s having and driving a classic. Its popularity has perhaps never been higher. Many Internet sites catering to this notion show thousands of classic cars for sale, in various conditions.

But the mottos are similar:  “Drive Your Dream,” or “Relive Your Youth” are common themes.

But what is the reality of owning and perhaps driving around in, say, a 1955 Ford T-Bird or a 1957 Chevrolet Bel Air?

The common perception is to buy a fixer-upper cheaply and do it yourself. Drive around and be the envy of the area. Then sell at a profit.

Fine, maybe if you personally have mechanical ability or a close relative who is a car mechanic. But for most potential classic car owners  –  where the rubber hits the road  –   flat tires abound.

The first premise of the classic car is certainly fun. They are fun to look at. They draw positive attention. And when they are sold, they often appreciate in value as long as owners make them look spiffy new.

There are other positives.

Anti-pollution requirements of a modern car? Not a concern. Almost always the car is grandfathered in.

Classic car owners may find a bargain: a junkyard, abandoned version of a classic car might actually cost less than a more modern, up-to-date used car.

Now we come to the negatives.

Looking at just the one car of this dream scenario, driving around the classic Ford T-birds in 1955-57 sounds fine but these were only two-seaters. No room for a family but owners probably don’t want them in the car anyway. Why? None of the safety features such as air bags (and some do not even seatbelts in the back) come standard.

Owners will almost certainly have to do without comfortable modern amenities such as air conditioning. The likelihood is here will only be an AM radio, and with luck and help it works. No power steering, either. Likely a stick shift with a clutch.

But an even more major problem: reliability.

Humans as well as cars get less reliable and face more health problems with age. Maybe it’s a simple starting issue but that’s definitely a problem if the owner is driving his car to work at 9 a.m.

Unless owners can do it themselves, the work done on classics will almost certainly cost more than standard cars. And parts? They’re harder to come by. And expensive. Some cars, MK2 Jaguars for example, have excellent availability with all parts being relatively easy to get. Not usually the case, however.

Another issue often not thought about much is “rust.” What’s that?

Most classic cars are made from steel and are more likely to have rust problems then modern cars which are made from a mixture of materials. Again this is where finding the parts could be a problem. Replacing rusted panels could be tricky depending on the model of the car.

The bottom line is that most classic car owners by economic necessity have to do the repairs themselves, and driving around town in style is sometimes questionable because of breakdowns. But selling is a plus. Classic cars are a proven commodity when it comes to appreciation.

But for drivers who perhaps don’t want the hassle and the cost, Classic car clubs abound. They are not cheap but neither is owning one of their loaner models.