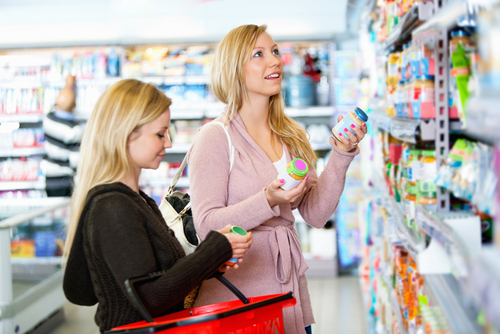 The latest report shows that new home sales are in an upward trend.  Yet at the same time, the Consumer Conference Board’s report on consumer confidence index shows that confidence is down in June.  The drop from 64.2% to 62.0% marks the fourth straight drop in confidence, the longest downward trend during the recovery (see the trends on the chart here).  While certain parts of the economy are recovering, there are too many nagging issues that remain in the back of the consumer’s mind to show complete confidence.

Gas prices have dropped over the past few months, yet consumers are still worried about inflation.  While the Fed remains adamant that inflation will not top 2%, people are still worried.  Those worries result in lower expectations about the future of the economy, and will often cause people to hold back on bigger purchases.

The Consumer Confidence Index in May indicated that 12.9% of those surveyed thought business conditions will worsen in the short-term.  Just one month later, that number jumped to 16.2%.  While the blame could be pointed to any number of factors, the impending elections in the fall are causing many people concern over which direction congress will take the country, and what impact that will have on business owners.

Greece has been in financial trouble, Spain is in financial trouble, and so are many more countries in Europe.  While the problems may seem far away physically, the global economy takes a hit any time a country is in dire financial straits.  These overseas worries translate into domestic worries about the future of the U.S. economy and whether or not we will be in the same position soon.

Unemployment has long been a hot topic.  The unemployment rate has stayed above 8% for close to four years.  Initial jobless claims seem to make some progress one month, only to be set back completely the next.  Too many people have been unemployed for too long, and the change in consumer confidence in the “anticipation of more jobs” dropped from 15.4% in the May report to 14.1% in June.

Consumer spending makes up a great majority of the U.S. economy.  When the confidence levels start to dip, investors see this as a mark that the public does not want to spend their money.  When less money is spent, corporate profits drop, and thus the overall market declines.  The Consumer Confidence Index is a leading indicator of what the economy will look like, and is highly valued by investors and economists.  The next report is scheduled for the end of July.  As long as some of the worries are cleared up by that time, we should see a rise in confidence.