Consumer Confidence Drops Sharply in May 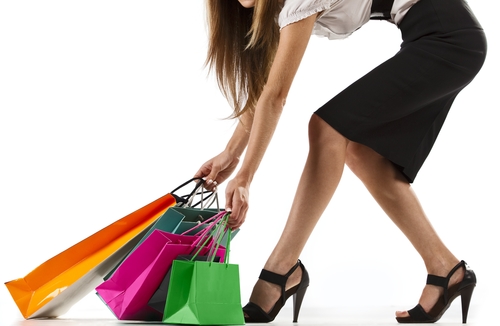 The Consumer Confidence Index dropped sharply in May from April’s revised 68.7 down to 64.9.  The consumer confidence levels are down off their recovery highs, showing that consumers have once again become wary of the future of the economy.

The drop in consumer confidence is surprising given last Friday the consumer sentiment report showed that the expectations for an improving economy were at their highest since 2007.  However, the confidence index does correlate well with the latest Case Shiller Housing Price Index.  Home prices have been on a steady decline, indicating that consumers are being wary of where they spend their money.  The consumer sentiment report shows that consumers are saying they have a positive outlook on the state of the economy, the consumer confidence report is showing that this confidence is offset by the future of employment possibilities.  Throughout the recovery the sentiment index and the confidence index have been tracking rather closely.  This is the first time there was such a large disparity.

A onetime drop is not too much to worry about in consumer confidence.  In fact numbers are still up from this period last year.  The overall trend is what economists and investors are actually looking at, and one or two months of lower consumer confidence could have to deal with any number of short term problems.  More than likely consumer confidence is down because of worries over the European debt crisis, and the rise in gasoline prices.  Both of these situations may be causing people to hold off on their spending temporarily until there is some resolution in site.

Most drops in the consumer confidence of under 5% are dismissed as inconsequential.  This drop falls into that category and as long as it is not repeated next month will be thought of as a temporary bump in the road.  Investors have shown that despite dropping home prices and lower than expected consumer confidence reports that the stock market is still a great place for their money with the Dow Jones Industrial Average (DJI) rising just over 1% shortly after today’s market close.  If the report at the end of June shows that consumers are still being wary, the markets may not react so positively.

The Consumer Confidence Index is compiled monthly through telephone surveys of 5,000 households.  They are asked questions concerning the current state of the economy and where they see the economy in six months.  The respondents can answer from negative to positive on any of the five areas in the survey.  The index is weighted to 100 being a completely happy society, the higher the number the more confident consumers are.  The confidence index is highly regarded by investors and economists as one of the best indicators of how consumers feel with the theory being that a happy consumer is more likely to spend money on large purchase.

Consumer Confidence Drops Sharply in May