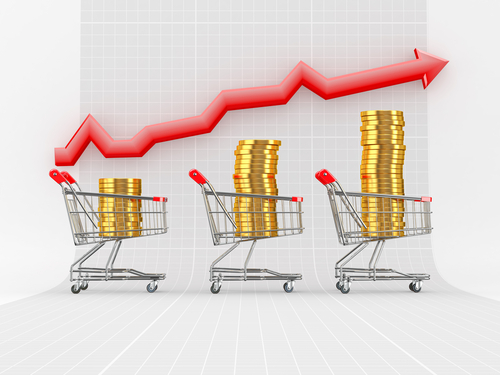 After dropping in August the outlook for consumer confidence was not positive as the summer was ending. However, that has turned around as the report for September has been released. The index jumped from a revised 61.3 to 70.3. This nine point increase is the largest single increase since February, and marks great advancement in the confidence the consumer has in the future of the economy.

The consumer confidence report measures many different aspects of the economy and gauges how people feel about the direction it is moving. This leap comes at a time when the economy still appears to be in bad shape. However, the confidence is picking up; and when confidence picks up, so should the economy.

Says Lynn Franco, Director of Economic Indicators at The Conference Board: “The Consumer Confidence Index rebounded in September and is back to levels seen earlier this year (71.6 in February 2012). Consumers were more positive in their assessment of current conditions, in particular the job market, and considerably more optimistic about the short-term outlook for business conditions, employment and their financial situation. Despite continuing economic uncertainty, consumers are slightly more optimistic than they have been in several months.”

The report was compiled before the September 13th announcement of a third round of stimulus. The consumer confidence had already risen before the announcement and it is unknown if QE III will affect next month’s confidence report.

The large increase in consumer confidence bodes well as the summer months are ending and winter approaches. It is during this time that housing sales begin their seasonal decline, people simply do not buy as many houses in the winter as in the summer, and consumer spending starts to pick up for the holiday season. As long as confidence remains high, retailers should have good sales numbers this year helping to further boost the economy.

The consumer confidence report is issued once per month based on survey questions about how people feel the economy is doing. The index measures people’s attitudes toward business and employment conditions now, and how they feel they will be in the next six months. Consumer confidence and retail sales have a positive correlation, as seen by this graph.