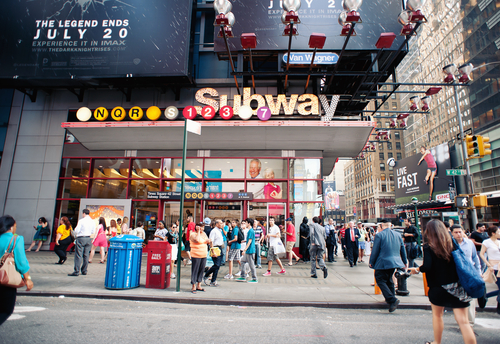 The Thomson Reuters/University of Michigan’s initial reading of the overall index for consumer sentiment unexpectedly fell to 74.5 percent in early December, as the negotiations about the fiscal cliff have dominated the news. This reading of consumer confidence was the lowest level for the index since August of this year.

Reuters had polled leading economists before the report was released and their median forecast was 82.4. This was just slightly below November’s figure of 82.7. The American consumer’s outlook for the economy and their own finances was surprisingly weak. Richard Curtin, survey director gave this explanation: “Confidence plunged in early December as consumers confronted the rising likelihood that political gridlock would push the country over the fiscal cliff.”

Of course Curtin was referring to concerns held by the public of possible economic contraction, or even recession in 2013 in the event that the White House and Congress are unable to resolve the budget conflict now playing out in Washington DC.

The “fiscal cliff.” are automatic spending cuts, along with tax hikes that are valued at $600 billion in the event that US political leaders are unable to reach agreement to remove the threat. Many economists believe that the fiscal cliff is likely to put the US economy back into a recession.

Another measure of the Thomson Reuters /University of Michigan’s survey on the outlook of the economy is that of current economic conditions. In November, the final reading was 90.7 the early December report that measure slipped to 89.9. Economists surveyed by Reuters had forecast a healthy reading of 91.

Another measurement of the survey is consumer expectations it too fell to its lowest level in four months, recording a 64.6, this number this was far less than the 77.6 at the end of November and far short of the consensus number of 78.

The survey also measures consumers 12 month outlook, which also fell in early December by 22 points from the end of November. The survey recorded a 75, which is the lowest it has been since August.

Finally, consumers expect inflation to rise 3.3 percent in the coming year and the 5 to 10 year inflation outlook reported by the survey notched up 1/10 of a percent to 2.9 percent.

When the report was first released, the stock market fell. However, it soon regained the territory that it lost. It seems that Wall Street is more confident that Washington budget talks will end successfully before 2013. Consumers on the other hand, seem very wary of the uncertainty in their future.