Curse of the Lottery Winner 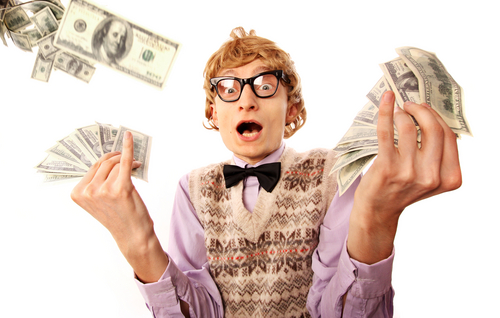 When somebody wins a significant amount of money, something strange – the curse of the lottery winner – happens.  Suddenly, everyone around them becomes extremely greedy.  They feel that since they know the person, they are entitled to some of the winnings.  To make things worse, they attempt to impose such a guilt trip on the recipient, trying to convince him or her that they are being cheap by not sharing their wealth.  The truth is, people lucky enough to win the lottery are already dealing with enough of their own problems, let alone trying to solve the problems of their friends and family.

Wouldn’t it be great to win the lottery?  Many people fantasize about how their problems would all be over if they could just win a substantial amount of money from the lottery.  But unlike an inheritance, where the person feels connected to the windfall and is less likely to blow it, and unlike a refund that is often too small to make a huge difference, lottery winnings are met with a different psychological outlook.  The recipient feels they did not put any hard work into it so he or she should buy anything and everything and their money woes are over forever.  They live the good life for a while, then as suddenly as they became rich, they are left without anything.

The sad truth is that many lottery winners often go bankrupt within just a few years of their windfall.  The reason is debated, but psychologists have narrowed it down to two issues.  First, those who play the lottery, and subsequently win, are often less educated than the average American.  This means they do not have the financial knowledge to properly budget their money.  The other reason is simply that this money did not come from earnings.  As they say, “easy come, easy go.”  Check out these 10 stories of people who lost everything after winning the lottery.

It is easy to sit back and think that all life’s problems would be over if you could just win the lottery.  Unfortunately, so many new problems arise after a sudden influx of unearned money.  Without developing a plan as to where the money will go, many people end up in the same situation as those 10 in the link above and they curse the day they won the lottery.  They think they will sit back and relax enjoying not having to go to work everyday, but eventually they get bored.  Spending goes wild on unnecessary items, and in the end, they often are left with less than they started (not to mention strained relationships).

Instead of living the high life after winning the lottery the first thing you should do is sit down with a trusted advisor.  Get the money into places that are locked in and hard to access.  Donate a significant portion to favorite charities (it will lessen the tax burden if nothing else).  Keep it quiet, nobody wants to end up like Jeffery Dampier.  As for myself, if I ever happen to win I have already decided that I will pay off my house; the rest is going to charity.  The curse of the lottery winner is just one problem I do not wish to deal with.

Curse of the Lottery Winner