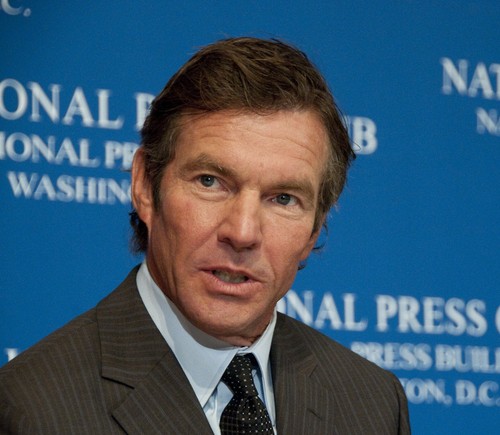 If you are a celebrity with a good lawyer, or even a quasi-celebrity with a not-so-good-lawyer, you’d probably know that if you’re planning on getting married (for the first, third or millionth time), you need a pre-nup. Because if the divorce rate in America overall is 1 in 2 marriages, the divorce rate among celebrities always appears to be higher, and protecting your assets is always a good thing. So that’s why the case of Dennis Quaid’s latest (as in third) divorce is surprising.

According to all the reports circulating, there was no pre-nuptial agreement signed in Dennis Quaid’s marriage to Kimberly Buffington in 2004. Having already survived 2 divorces (including  a messy one from former wife, Meg Ryan), you always hope that someone enters into matrimony with – to quote the motto from the great television show, “Friday Night Lights” – clear eyes, full hearts, can’t lose. And hope and belief that the marriage will work.

And this couple was certainly tested. In 2007, they welcomed twins (Thomas Boone and Zoe Grace) born via surrogate at Cedars-Sinai Medical Center in Los Angeles. When the twins were two weeks old and re-admitted to the hospital for a staph infection, they were accidentally given 1,000 times the usual dosage of a blood thinner, heparin.

Fortunately, both children survived without any adverse effects but the Quaids sued both the hospital and Baxter Healthcare Corp., the manufacturer of the drug, contending that the packaging design and label were flawed and led in part to the dosage error. The Quaids settled with both the hospital and the drug company for a reputed $750,000 and Dennis Quaid became an outspoken advocate of improving patient care (through such things as having hospitals bar code medications to match patients’ info) and produced a documentary on better health care practices which aired on The Discovery Channel.

So after weathering that test, it’s sad to hear about the couple divorcing. She filed for divorce in March 2012, withdrew her petition, filed for legal separation in October 2012 and then he countered by filing for divorce in November 2012. Apparently the timing of his filing has to do with a six-month residency law in California, where they had just moved to this past summer. While it appears the couple is in agreement on joint legal and physical custody of their twins, the thorny issue, of course, is money.

Absent of a pre-nuptial agreement, they’re living in the most famous community property state in America. Dennis Quaid has offered, according to TMZ.com, to pay spousal support to his wife but TMZ also reports that in her initial filing last March, she asked for all of their assets to be split down the middle. Quite the dilemma.

Since Dennis Quaid is now starring in and acting as executive producer for the new CBS television hit Vegas and making an estimated $150,000 per episode (as a performer), you can see why the money issues are going to be complicated and probably difficult to negotiate. Like everyone getting married, I’m sure they thought this was forever. And maybe that’s why they didn’t think they needed a pre-nup. But I’m betting they both wish they had one now. 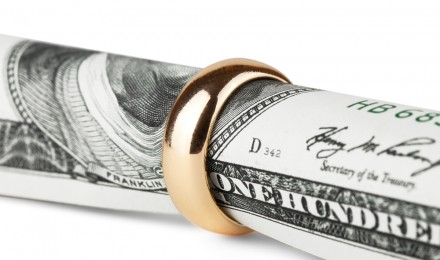 Dennis Quaid’s Divorce Settlement Will Depend...