Eric LeGrand Will Inspire You Every Day 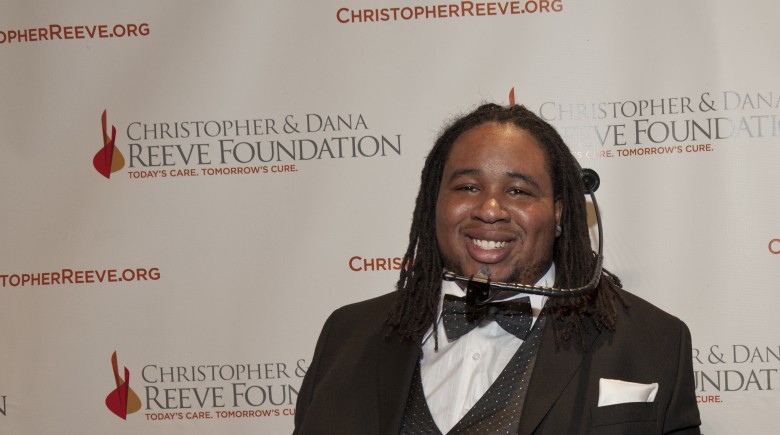 Eric LeGrand is one of these people who makes you want to do more, do better in life. LeGrand, who hails from New Jersey, was a top college football recruit in New Jersey, playing for a local high school as a running back and middle linebacker.

In 2008, he entered Rutgers University and began playing for the Rutgers Scarlet Knights football team at a new position as defensive lineman. During his first two years at Rutgers, he proved to be a valuable defensive player contributing to Rutgers’ success.

But in October 2010, Eric LeGrand suffered a spinal injury during a game against Army after colliding with one of its player during a kickoff return. The medical team treating him determined that he was paralyzed from the neck down and LeGrand was transferred to Kessler Institute for Rehabilitation, a leader in spinal cord injuries and treatment.

Since that time, Eric LeGrand has made significant progress in his goal of recovering. He has regained some movement in his shoulders, sensation in his body and is able to breathe for extended periods on his own. He began resuming his studies to complete his degree at Rutgers and also began attending spring football practices.

And in a completely fantastic moment for not only LeGrand and his family but for all football fans, the Tampa Bay Buccaneers signed Eric LeGrand to a symbolic football contract in 2012. At the time of the signing, the coach of the Buccaneers was Greg Schiano, who had been LeGrand’s football coach at Rutgers. (LeGrand signed the contract and then officially retired from football a few months later).

LeGrand has become a motivation speaker and has founded Team LeGrand, part of the Christopher and Dana Reeve Foundation. I’m sure you’ll remember that Christopher Reeve was paralyzed after a fall off a horse during an equestrian competition in 1995. He lived 9 years after that fall, confined to a wheelchair and having to use a breathing apparatus for the remainder of his life. Reeve was also treated at Kessler Institute and created his foundation to foster research through fundraising, as well as help individuals with spinal cord injuries (and their families) by supporting quality of life initiative and therapies.

By asking people to join Team LeGrand and by hosting various charitable auctions for sports memorabilia, Eric LeGrand is working hard every day to help those affected by paralysis through knowledge, resources, support and community, with a goal to find a cure for spinal cord injuries. And for those of you who want to help him succeed in his goal, if you text “Reeve” to 20222, you can make a $5 donation to Team LeGrand to help them in their work. Eric LeGrand is a New Jersey guy with a heart of gold and a spirit that cannot be broken. This New Jersey girl is a big fan.

Eric LeGrand Will Inspire You Every Day