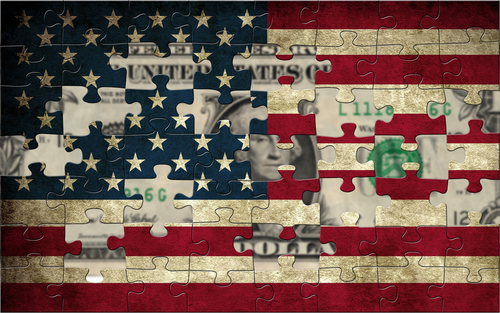 Ben Bernanke offered some insights into the direction of the economy this afternoon during the quarterly press briefing.  While there was not much said that has not been said already, it has reassured investors and economists that the US economy is continuing to improve.

The Fed chairman indicated that while it will most likely not be necessary, QE 3 is still on the table.  Quantitative Easing is when the government pumps money back into the economy.

This brought up the question of where inflation is going.  Many people see inflation as taking off, especially with high energy costs.  Bernanke stated that while the year did get off to a rough start, the Fed sees inflation at or below 2% by the end of 2012.  Along those lines, Mr. Bernanke also indicated that the United States is not in a deflationary period, such as that seen in Japan 15 years ago.

When questioned about the state of Congress and their spending, Bernanke indicated that if the government does not get its financial situation under control (figure out what to do with tax increases and spending cuts), then there is an increased risk to the economy.

Bernanke talked about the European debt crisis and pointed out that substantial progress has been made on their end.  However, despite the continuing economic improvements that have been made, there is still a lot of work to be done.

There is still much work to be done on “Too Big To Fail.”  The Fed is working to remove it, and already many of the government assistance programs have been removed.

On the issue of jobs, Mr. Bernanke states that the weather does play an impact on them.  It is still too soon to thoroughly analyze the March jobs numbers.  There was no clear evidence given that Bernanke sees job growth declining, nor gaining, in the near future.

In March of 2011 the Fed decided to hold a press conference once per quarter.  During the press conference he would explain the FOMC’s findings and their projections for the near future.  These conferences would give greater clarification to the report, and allow for some questions and answers from members of the press.  The next scheduled release is for June 25, 2012.

Low rates from the Fed are still appropriate, and the Fed sees them as remaining appropriate through the end of 2014.  When questioned on if 1% would be “exceptionally low,” Bernanke responded that where we are now is already exceptionally low.  Even when Operation Twist ends, Mr. Bernanke does not foresee any major impact on interest rates.  Although low rates have allowed for much progress to be made in the recovery, it is still premature to declare victory with signs of the US economy continuing to improve.