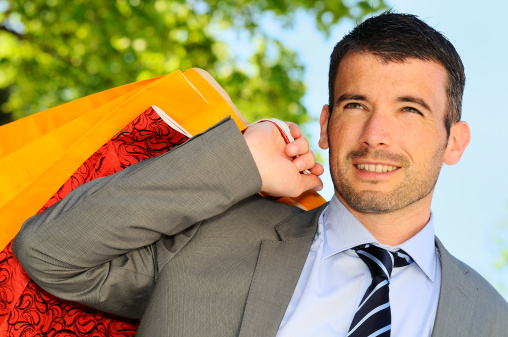 According to the results of the study, the men in the town with a scarcity of females were willing to borrow as much as 84 percent more on their credit cards each month. In addition, the saving rates in the towns with fewer women fell a full 42 percent as compared to the towns where women outnumbered men.

These numbers are also supported by real-world information obtained by comparing Columbus and Macon Georgia, two towns that are just 100 miles apart. In Columbus, where men outnumber women, the average consumer debt was $3,479 higher than in Macon where women outnumber men.

Explaining the Results of the Study

One possible explanation for the study results is that men in towns with few women are willing to spend more in order to impress and capture those women. This interpretation seems to be supported by the results of data collected from women on whether a shortage or abundance of men would affect their finances. While the women’s spending and saving behavior was not impacted by the number of men, the women did report that in a town where they were outnumbered, they would expect the men to spend more on dates, gifts and engagement rings.

Men therefore, may overspend in order to try to woo an attract women in a town where there is a perceived shortage. This, of course, is simply a basic principle of supply and demand. With a smaller supply of women, men are willing to spend more to impress those that are there and to “get” these women. Men’s competitive instincts may also kick in as well, as they try to fight for the limited number of women available even at a cost to their finances.

Of course, the idea that men are spending more to try to attract a women due to a limited number of females is just one possible explanation for why men might spend more when there are fewer women around.

Other possible explanations may exist as well. For instance, in a town with a larger number of women, men might feel as if their odds of getting married are better. Most men like to have their financial lives in order before they marry and like to feel as if they are able to provide for a family before doing so, and so might be more inclined to spend less and save more in anticipation of becoming a groom. Men also may feel as if they will have more spare time on their hands if they aren’t dating or in a committed relationship, and that spare time will translate into spending extra cash.

Responding to the Study

Regardless of the underlying reason why men spend more when women aren’t around, it is important to recognize this phenomenon and to take steps to combat it. Any time you allow some outside factor or source to dictate how you spend- whether that outside factor is a scarcity of women or a desire to keep up with the Jones’- you end up making the wrong financial decisions that only cause you trouble in the long run.