Fracking – The Problems and Promise 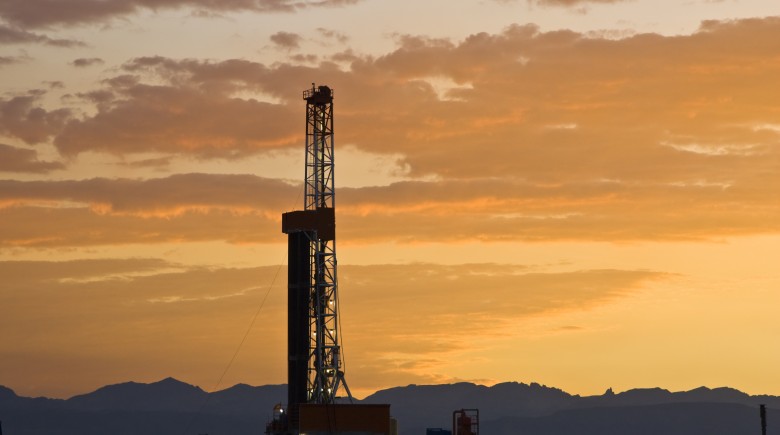 Shale natural gas and oil, they are the American resource that promises to solve our air pollution issues, foreign energy dependency, and drive our economy.  However, it is not without its problems.  With the introduction of fracking, a polarized situation has developed where the environmental impact (the extent of the environmental impact is unclear due to few studies) has been pitted against the economic concerns of a country trying to recover from a recession.  However, in the vacuum of hard evidence on the impact of fracking, there has been an economic boom in the Dakotas as gas and oil companies try to take advantage of the high oil prices.  So, how should Americans view the fracking industry?

The controversy surrounding natural gas is over whether the methods to obtain the natural gas is harmful to the environment and the people around it.  On this front, there is plenty of evidence to suggest that fracking does in fact cause environmental stress.  At the very least, fracking is likely to deplete the water supply and inject harmful chemicals into environments.  These concerns are not limited to the US, but they in the UK and in Australia.  The problem with fracking is that, like most activities that impact the environment, it will be unclear the extend of the potential damage until the damage has already been done.  However, what is clear is that the financial aspects of fracking is likely to discourage outlawing fracking, especially since fracking promises to bring high-paying jobs to the US.

The financial aspects of fracking is clear.  The best example is North Dakota which has been turned from a relative backwater to the center of one of the greatest economic expansions in recent history.  North Dakota’s fracking has unleashed an oil boom that generates millions of dollars a day, inspiring other states to pass fracking ordinances to help boost their economy and the state’s balance sheet.  As a result, the Bakken oil fields have had a positive impact on unemployment and wages in the region, creating higher paying jobs that have helped boost the local economy and make North Dakota one of the bright economic spots in the last five years.

Beyond the economic impact of fracking, the strategic concerns of oil dependency are definitely a factor.  The resurgent US oil product has made prices at the pump more predictable and less susceptible to the volatility of Middle East crises.  This cushion promises to potentially give the US energy independence as oil product increases and oil consumption decreases (due to changes in demographics and driving behavior).  This also means that the money that Americans spend on gas will be reinvested in US oil production as opposed to becoming a capital swap to other nations.  Furthermore, this type of oil independence will allow the US government to have a freer hand in terms of being able to actively protect US interests without worrying about the potential effects on oil.

The most positive impact of fracking, at least to US consumers, is the effect on natural gas prices.  Although it is not as low as it was once before due to gas and oil producers cutting down on production, natural gas prices are low enough for Ford to introduce a F-150 pickup truck that runs on natural gas.  Furthermore, natural gas is a cleaner energy source than coal or oil.  Therefore, it is likely that there will be a natural gas revolution in the US to take advantage of the current supply and low prices to the point where, at a minimum, houses will be heated using natural gas and public transportation will run on natural gas.

However, this is some time away.  On an investment note, fracking has created a situation where much of the stocks of American natural gas companies have plummeted and will probably remain depressed for the near future.  However, the long term growth prospects are encouraging, especially when you consider that the price of natural gas in Europe is roughly 2.5 times that in the US and natural gas cost nearly 4 times as much in Asia.  Eventually, an infrastructure similar to the oil trade will begin to form for natural gas and the natural gas will become a major US export.  As a result, it is safe to think that natural gas companies have a bright future, but serious research should be done before investing to figure out which company is likely to take advantage of an uptick in demand.  Of course, a natural gas ETF would probably be the easiest and safest approach to investing in natural gas.

As a whole, fracking has introduced tremendous changes, both economic and environmental, into the US environment.  However, it is unlikely to be stopped anytime in the near future due to the wealth fracking has generated in North Dakota and in other communities around the US.

Fracking – The Problems and Promise