With hybrids like the Toyota Prius and the Honda Civic, it is not big news that high mileage cars are now getting over 40 miles per gallon. The big news is the non-hybrids claiming to get 40 mpg in their commercials and not making the distinction that this is 40 mpg on the highway.

Another detail they fail to mention is the high mileage cars getting the 40 mpg are not the base models but those with extra features.

2011 Toyota Prius $23,050
If getting good gas mileage is at the top of your list then it will be no surprise that the Toyota Prius is the car at the top of the high mileage cars. With 51 City/48 Hwy mpg, the Prius sets the standard among hybrids.

2011 Honda Civic Hybrid $23,950
The gas-electric Civic delivers 40 mpg in the city and 45 mpg on the highway and shares the same drive train as the Honda Insight in a much more standard looking body.

2011 Honda Insight, $18,200
The 2011 Honda Insight introduced hybrid vehicles to the world over 10 years ago and continues to be a leader in the field of high mileage cars. With the price tag at 18,200 and the gas mileage at 40 City/43 Hwy mpg, gas money is not the only money you will be saving.

2011 Lexus CT 200h, $30,000
This sporty hatchback has four different driving modes: Electric, Eco, Normal, Sport, and gets 43 city/40 highway mpg in the Eco mode. In Sports mode, it will navigate twisting back roads and make you forget you are driving a hybrid.

A hybrid that is good for the environment and for your pocketbook, the Toyota Camry Hybrid is better on gas and quicker than a regular four cylinder Camry and only slightly more in price.

2011 Smart For Two,  $12,490: A European import ideal for city parking, the Smart For Two’s 33 mpg city mileage is not quite as impressive as its 41 mpg highway mileage. However, lack of carrying space makes this car less attractive, among high mileage cars, for  long distance traveling.

If you expect to get the advertised 40 mpg high way miles (29 city) from your Ford Fiesta SE Sedan you will need to be sure to get the mid level Fiesta SE with the $695 Super Fuel Economy and the automatic transmission, ($1095). These cars come with many options but be careful not to add so many that the added weight hurts your gas mileage – that defeats the whole point of high mileage cars in the first place! 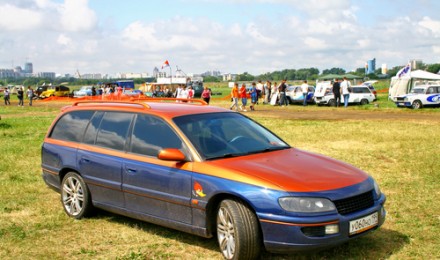 What Is the Essential Maintenance on High Mileage Cars 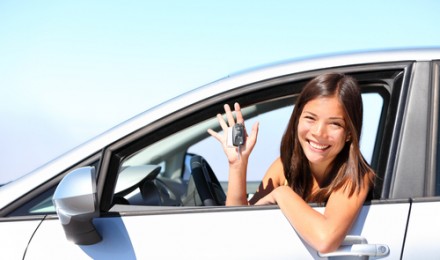 How To Buy a New Car or Truck

High Mileage Cars That Get 40 mph or More Among...