How Will China’s Slowing Economy Affect Your Finances? 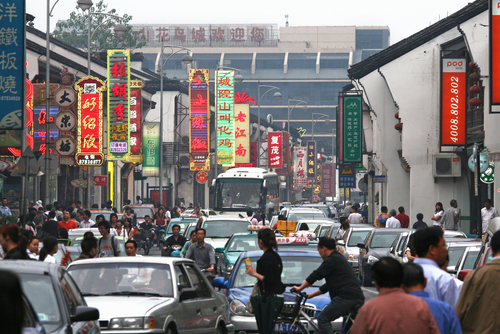 China is a huge source of economic stimulation for the world.  So any time that there is a change in their economic status it is felt around the world.  China exports a lot of goods.  Just look at the tag on any number of items you own.  Chances are they were made in China.  Just as importantly China imports a lot of goods as well.  Since they have such a large population, one that is always expanding, they have a huge demand for concrete and oil.  Being a large part of the world economy (the second largest according to GDP after the US) China carries a lot of clout in the world, so how will China’s slowing economy affect you?

According to recent news out of Beijing, Chinese imports are down.  In fact, they are down quite a bit for the year and the levels for November 2012 are at the same level as they were in November 2012.

The same report shows that exports actually did rise this year.  However from November 2011 to November 2012 the exports only rose a mere 2.9%.  They were expected to rise 9%.

So, the Chinese market is not importing and exporting quite as much as expected.  How does that affect someone literally on the other side of the world?  For investors, Chinese productivity is a key component of the international part of their portfolio.  Part of a well diversified portfolio will contain investments in emerging markets.  The biggest emerging market in the world is China, so naturally a good portion of these funds are invested in companies in China.  If these companies start to struggle due to a poor Chinese economy, these funds suffer.

But the effects go beyond just those who are invested in emerging markets.  Since so many goods are made in China (not just complete goods, but components that are constructed there and assembled elsewhere) just about every sector of the market is upset if the economy is struggling.  When Chinese exports drop, that means those companies are not bringing in as much money.  This leaves two options.  Either the US importers can turn to another country for their products (and often pay more), or the Chinese companies exporting can raise their prices to offset the loss of not shipping out as many goods.  Either way, the cost of goods goes up.

Will the cost of goods go up, and international emerging markets funds go down in value?  Most likely they will not.  But they could if the slump continues.  A small drop in imports and exports are not much to worry about.  A long-term downward trend on the other hand is something to worry about.  The Chinese economy has struggled off and on this year, but they are still a booming economy.  It is an economy that plays a huge role in the lives of Americans whether they realize it or not.  From goods, to parts, to investments, it is imperative that China be strong in order to keep other economies around the world strong.

How Will China’s Slowing Economy Affect Your...