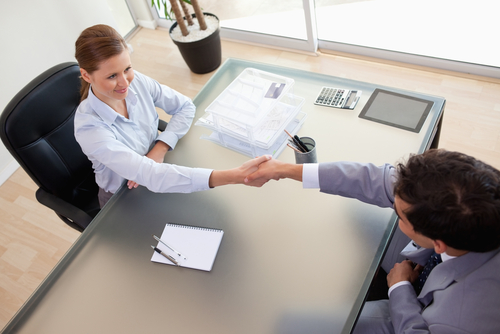 The Labor Department reported that initial claims dropped by 8, 000. This brought seasonally adjusted claims to 355, 000, well-below the median forecast by economists of 370, 000.

Hurricane Sandy which devastated much of the East Coast of the country had an effect on the jobless claims report by increasing claims in some states as it caused people to become out of work, however, it also reduced claims in at least one state where data were incomplete due to power outages that prevented the state from collecting initial claim reports. An analyst for the Department of Labor said that although it is believed the effects of the monstrous storm will be temporary, and only impact the reporting for several weeks” the Department of Labor does not know if the net effect of Sandy on the data increased or decreased new jobless claims.

Economists prefer to use the four-week moving average of unemployment applications as it is a more accurate measure. That report shows a rise of 3,250 to 370,500 newly jobless.

Most analysts believe that because of the storm applications will increaseinr the next few weeks as large hurricanes have boosted applications by as much as 4 percent in the past. If that holds true, short term the report will be at approximately 390, 000. Once the impact of Sandy fades the economists strongly feel that if initial claims stay lower than 360,000 it would be a positive indicator for the job market.

Since January 2012 weekly applications have varied between 360,000 and 390,000. During the same reporting period employers have added, on average, 157,000 jobs each month. These job increases have only helped to slowly improve the unemployment status of the American work force. Currently it is 7.9 percent down from the beginning of the year statistic of 8.3 percent.

According to the Department continuing claims for jobless benefits fell by 135,000 for the week ended October 27, to a seasonally adjusted number of 3.127 million. This is the lowest it has been since July of 2008.

Continuing claims for jobless benefits fell 135,000 in the week ended October 27 to a seasonally adjusted 3.127 million, the lowest level since July 2008, the Labor Department said.

The initial jobless claims report measures the number of jobless claims by recording new claims filed by workers for the first time who are seeking state unemployment benefits. The number is an indicator that economic analysts use as it provides some understanding of the direction the economy is going. Higher initial claims suggest a weakening economy while lower claims portend an economy that is growing stronger.