I Just Graduated, When Should I Start Saving Money? 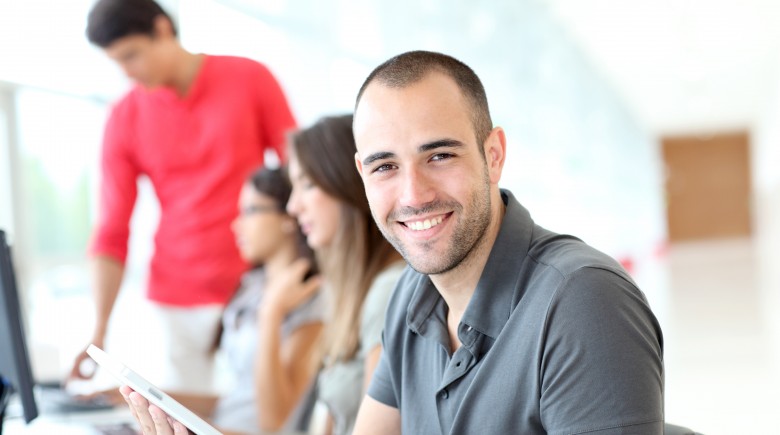 Graduating and stepping out onto the real world is certainly a scary thought for many College students.  The 4 years spent in college is a mixture of learning, socializing, more socializing, and delaying entrance into the real world for many.  The shock from going from being a broke college student to earning $40,000 to $60,000 a year, with some earning up to 6 figures, is enough to turn many onto bigger shopping sprees than the Amazon binges during college.  So much so that sometimes saving money for retirement and the future is pushed to the back of the mind.  However, this is the wrong approach.  Recent graduates and entrees into the job market should start saving money from the start.

The short term approach can dominate the minds of recent grads as they may not plan ahead for retirement or try to build an emergency fund, but this should be eliminated immediately.  Instead, you should start planning for retirement by building an IRA account and a sizable savings account.  Researching your future employer’s IRA fund options should be a first step, but if you don’t want to take the time, at the very least choose to simply create your IRA by simply putting the money into your IRA account automatically without direct management up to the employer’s matching limit.  So, if you make $40,000 a year and your employer is willing to match 50% of contribution up to 5% of your income, set it up so that 5% of your paycheck get put into your IRA each year.

Once you have set up your IRA account, then it is onto managing your finances.  A $40,000 a year income means that roughly $25,000-$30,000 (depending on state tax) is available in after tax income.  A single generalize approach works as you should either attempt to pay off your student loans or other debt fast (if you have them) buy paying more than the invoice every month or saving the money that would have gone towards paying debt and save it to create an emergency fund.  This is particularly important as your emergency fund will eventually turn into the fund that you’ll tap into to pay for the downpayment on your first house or help you pay for graduate school.  As a rule of thumb, you should save an amount equal to your annual salary before tax, or somewhere between 40% to 100% of your aftertax income.  This should be accomplished as soon as possible to increase your options down the road when you are looking for different opportunities.

If you can’t afford to save that much money right now, the first question is to see what you can cut.  The first thing to go should be eating out.  Even if you end up living on boxed microwave food due to a lack of culinary ability, it can offer the same level of nutrition compared to eating out.  Furthermore, a lot of modern conveniences that are seen as necessities, such as cable television, cellphone, or even internet, can be cut and viable alternatives can be found.  For example, cable television can be substituted for TV shows on Hulu, you can move to a prepaid plan or return to your parent’s family plan, and public wifi can be found at places such as libraries, Starbucks, and many other commercial facilities.  Furthermore, if you are living in a city, having a car becomes less of a necessity and more of a nuisance due to the problems with city traffic and parking, so you should move to owning a bicycle and taking public transportation to cut down on fuel, insurance, and maintenance costs.

By cutting your costs, setting up an automatic deposit into your IRA accounts, and creating an emergency fund can create the future financial flexibility that will allow you to freely make decisions such as buying a house, going to graduate school, or moving cities that your peers would not have the financial ability to pull off.  Saving money is not something that should be dismissed especially in the era where Social Security is faltering and the American economy is at a crossroads.  Instead, you should create the financial nest egg that will allow you to enjoy life in the future by making sacrifices that you had made during college.

I Just Graduated, When Should I Start Saving...