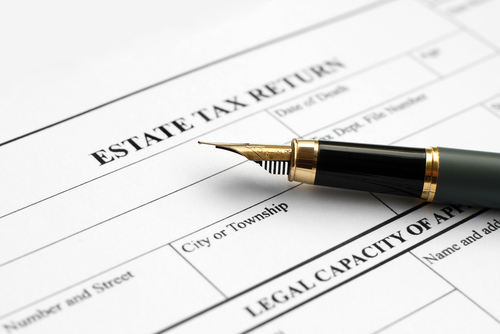 The estate tax, also commonly called the death tax, is a tax paid when a person dies and his or her money or assets are inherited. The tax is paid out of the estate, which means it is paid by those who inherit. A gift tax, on the other hand, is a tax that is paid when someone gives a gift to another person. The individual that gives the gift usually pays the tax. Gift and estate taxes are controversial because generally many of the assets have already been taxed. For example, when someone makes money through income or investments, he pays taxes on that money. When that person dies, his heirs are subsequently taxed on that money again. However, proponents of death taxes believe that they are necessary to avoid the accumulation of excess wealth in a few small families as well as to raise revenues for government spending.

Recently, death tax rates and gift tax rates were increased in the United States. These tax rates were increased as a part of a deal referred to as the Fiscal Cliff deal. This was a last-minute deal negotiated by Senator Mitch McConnell (R) and Vice President Joe Biden in order to avoid a series of automatic tax increases and spending cuts that were to go into effect on January 1. The agreement also raised marginal tax rates on those described as the “wealthiest” Americans. These Americans are more likely to be subject to the estate and gift tax as well.

Under the agreement set forth in the Fiscal Cliff, the estate tax rate increased from a maximum rate of 35 percent to a maximum rate of 40 percent. The gift tax rate also increased by the same amount. The Fiscal Cliff agreement also mandated that the first $5.2 million in estates or gifts is exempt from the estate tax. This means the tax will apply only on estates and lifetime gifts in excess of $5.2 million. The exemption from the gift and estate tax is one exemption. In other words, you get $5.2 million total that taxes are not charged on, and you can use this either to give gifts or to pass money onto heirs without being taxed.

Exceptions and Special Rules for the Death Tax

While the estate tax is applied broadly to all eligible estates, there are certain exceptions. Under the estate tax rules, for example, spouses can inherit tax free from each other provided that the inheriting spouse is a United State’s citizen. This means that when a husband or wife dies, he can leave his entire estate to the surviving spouse and no tax will be charged.

The 2010 law also provided a tax break that was made permanent as part of the Fiscal Cliff deal. This tax break allows for widows and widowers to claim unused exclusions from their spouse as their own. In other words, if a husband dies and leaves his entire estate to his wife, he has not used up any of his $5.2 million exemption. The wife can use this unused exemption as well as her own, so she can leave $10.5 million in assets to whomever she wants and no tax will be charged on that amount.

The exclusions from the estate tax are very important because there are many family members and small businesses that may have several million dollars in land and other illiquid assets. Those assets would often have to be sold if there was not an exemption exempting them from the death task since there might not otherwise be cash available to pay the taxes.

The gift tax is a lifetime limit and applied whenever a gift is given, with certain exceptions. For example, you can give up to $14,000 a year as a gift without counting it towards your lifetime $5.2 million exemption. This limit applies to each spouse, so a married couple can give a combined $28,000 in gifts each year. Money paid directly towards tuition or medical expenses for another person also do not count towards the lifetime limit.

You are expected to keep track of every gift you give that exceeds $28,000 that is not paid for tuition, medical expenses or exempt gifts. If you exceed your lifetime gift-giving limit of $5.2 million, then a tax of up to 40 percent can apply. 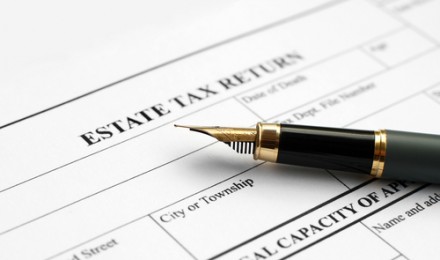