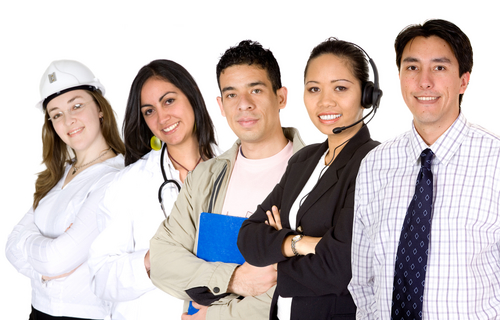 Data from the latest Jobless Claims Report and Employment Situation Summary (ESS) continue to point to strength in the economy. For the week ending March 3, the Department of Labor’s (DOL) Jobless Claims Report  says the number of initial claims rose 8,000 to 362,000, compared to the previous week adjusted figure of 354,000. From a statistical standpoint and economist look at this, as you know, change.

For the week ending February 18, 2012, 7.387,648 individuals received unemployment benefits from state and federal programs—down 111,222 from the prior week.

The DOL makes seasonal revisions to the numbers to account for increase hiring for the holidays or crop harvesting.

Another positive snippet of news, according to the Department of Labor- Bureau of Labor Statistics’s (BLS)  Employment Situation Summary, February represents the third straight month in which businesses have added 200,000 or more jobs– with 227,000 net jobs gained for the month. Nonetheless, the overall employment rate of 8.3%, as reported in January, has remained unchanged. More people were also looking for work.

The average wage also increased in February. The figure climbed 0.1% from $23.28 an hour to $23.31. Historically, job growth and wage increases have signaled that “qualified” that the number of qualified workers who cannot find a job is falling. Furthermore, people seeking employment do not have the requisite knowledge or skill set to qualify for current job openings.

Components of the Employment Situation Summary

The BLS has performed a current population survey (CPS) since 1940. It extracts from CPS data information on the labor force, employment, unemployment, earnings, individuals not working and other information, for the monthly Employment Situation Summary.

Household Survey Data – The household survey data section of the Employment Situation Summary consists of information pulled from the CPS regarding households’ employment and wages.

The key numbers under this section include the following data:

The number of people who have been searching for employment 27 weeks or more, referred to as the “long-term unemployed,”   totaled 5.4 million individuals or 42.6% of unemployment figure.

According to the BLS report, 2.6 million Americans were” marginally attached to the labor force.” This denotes people who wanted to work and were available to work, in the last year. The survey does not include these individuals in the unemployment figures because they did not search for work in the four weeks prior to the BLS performing the survey.

Establishment Survey Data – The BLS generates information for the establishment survey data from a sampling of 141,000 businesses and government agencies. The BLS polls 486,000 individual worksites and extracts information from the unemployment tax accounts of 9 million entities.

The sampling covers about 33 percent of all nonfarm payroll workers. The typical report shows the industries and jobs created.

Look at the top industries for job creation in February:

Other employment categories included in this part of the Employment Situation Summary are transportation, mining, and construction. Users of the report can also gain insights into trend. For example, professional business services created 1.4 million jobs since September 2009. The health care field expanded by 360,000 positions in the last 12 months.

Some analysts and economists, including the director of research for the consulting firm J. H. Cohn, Patrick O’Keefe, have downplayed the encouraging metrics, and  with good reason.

Last year, job gains exceeded 250,000 positions for the months of February, March and April. However, domestic and international events, such as rising gas prices, the natural disaster in Japan and   the financial woes of Greece and other EU nation states tempered any real momentum.