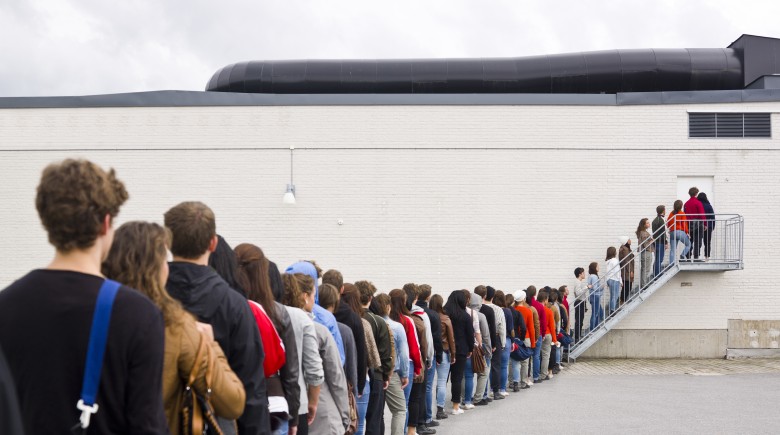 For the week ended August 31, few people filed for jobless claims benefits, based on the weekly survey released by the Labor Department. Initial claims dropped by 9,000 to 323,000 compared to the 332,000 figure revised up from 331,000 reported the week before. The 50 economists participating in the Bloomberg survey issued projections that ranged from 325,000 to 345,000. The median estimate came in at 330,000.

The jobs outlook remains positive as companies continue to hold steady and not lay off workers—a crucial prelude to an increase in hiring to take place in the future. As government budget cuts and higher payroll taxes filter through the economy, employers will be in a good position to create more jobs.

The hope is that increase company hiring and continue growing wages and salaries will continue to bolster consumer spending. Accounting for about 70 percent of the domestic economy, consumer spending has played a crucial role in keeping the economy afloat in an environment of lax business investment and fiscal changes.

Yelena Shulyatyeva, an economist at BNP Paribas (New York) predicted that jobless claims applications would fall to 325,000.  Shulyatyeva said, “We are seeing significant improvement in claims.” As other economists have expressed, “What we need to see is more progress on the hiring side,” said Shulyatyeva.

A report released by ADP Research Institute shows that employers in the private sector created 176,000 new jobs in August. This is less than the 184,000 jobs expected by Bloomberg economists, who made estimations ranging from 150,000 to 225,000

The Labor Department also reports that for the three month period from April to June, worker productivity climbed 2.3 percent on an annual basis. This exceeds the 1.7 percent annual increase for January through March, which was revised from 0.9 percent. The Bloomberg economists expected a 1.6 percent gain in productivity for the reporting period.

In addition, after showing a 1.4 percent increase in expenses per employee, costs remained stable in the second quarter. On a year-to-year basis, productivity rose 0.3 percent for the quarter. Worker productivity remains below the average of 2.4 percent recorded from 2000 to 2011. With employers reaching the upper limits of the amount of productivity it can squeeze from existing staffing levels, acceleration in demand could force companies to hire more workers.

Data show that 2.95 million Americans continue to receive jobless benefits, down 43,000 from the week ended August 24. This metric does not include persons collecting extended help from federal programs.

Twenty-six states and territories reported an increase in initial applications for unemployment benefits and 27 recorded a decrease in claims.