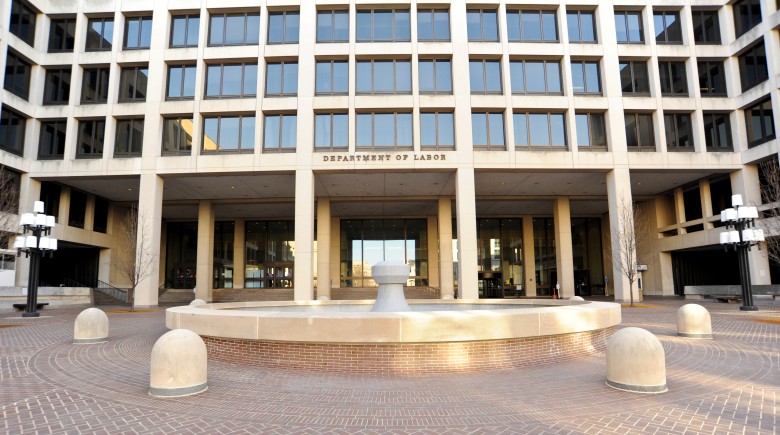 Computer problems in two states cause the initial jobless claims to dip below the 300,000 mark for the first time in six years. For the week  ended  September 7, which includes the Labor Day holiday, first-time jobless applications  declined by 31,000 to 292,000. The 50 economists responding to Bloomberg’s weekly survey turned in projections ranging from 315,000 to 350,000, with a median estimate of 330,000.

A Department of Labor (DOL) spokesperson admits that the computer-related glitch played a significant part in the drop of initial applications. Despite the  problem, companies continue to have fewer layoffs.  As the effects of  the payroll tax hike and sequestration continues to diminish, coupled with a slower pace of dismissals by employers, the hope remains that these factors will  lead to employers hiring more workers as demand increases.

The four-week moving average dropped to 321,250 from 328,750—the lowest level since October 2007. This metric provides a more accurate reading of the jobless claims figure because it’s a less volatile measurement than weekly data.

For the week ended August 31, the continuing claims figure shows that fewer Americans are receiving benefits, declining 73,000 to 2.87 million. This number does not reflect persons receiving extended benefits under federally-sponsored programs. Many individuals who have exhausted their traditional benefits have been making ends meets with emergency and extended payment assistance. The number of  persons in this category dropped by 40,000 to 1.46 million workers, for the week ended August 24.

Among all Americans eligible to receive jobless claim benefits, the unemployment rate fell from 2.3 percent to 2.2 percent. A look at data from the states and territories, State data, which has a one-week lag, reveals that 34 regions reported a decrease in initial applications and  the number of claims rose in 19 regions.

Putting more people to work leads to income growth and  gives a boost to consumer spending.  Consumer spending makes up about 70 percent of the nation’s GDP (gross domestic product). According to Millan Mulraine, director of U.S. rates research at TD Securities (New York), “Stronger job growth may be on the horizon.”

A lack of sustainable job growth has been the “Achilles heels” of the struggling U.S. economy, which officially came out of recession in June 2009. “When we start seeing improvement in the labor market, I think that will provide another tailwind for confidence, and spending, going forward,”  said Mulraine,

The inability of companies to create new jobs at a sustainable pace continues to be disappointing. The Employment Situation report released on September 6 has payrolls expanding with 169,000 new jobs in August from 104,000 the previous month. The 12-month average  is 184,000.

The 137,000 average for the two months represents the smallest jobs gains for a two-month period since June and July of 2012. The unemployment rate stands at 7.3 percent in August—the lowest since December 2008. The DOL cautions that the new unemployment rate can be attributed to the fact that more people have given up looking for work.