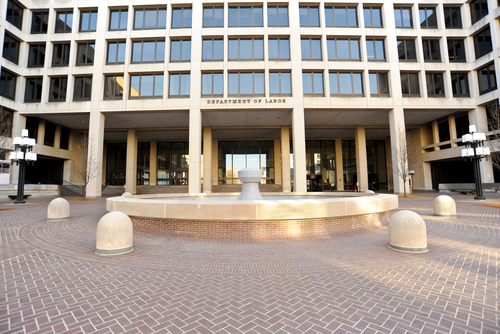 The US Department of Labor data show that the job market is recovering quickly from hurricane Sandy as the initial jobless claims fell by 29,000 last week to 343,000.  These are the lowest levels in roughly two months.  While it is still too soon after the hurricane, and right in the middle of the holiday season, to determine if this is a long term sustainable recovery, it is good news to see that the East Coast is recovering quickly from the hurricane.  The less volatile 4-week moving average dropped by 27,000 to 381,500.

Before the storm hit the east coast, the job market was looking promising.  Jobless claims were steadily decreasing as more Americans were getting back to work.  However, when the storm hit claims spiked by 90,000.  Despite the fact that the Bureau of Labor Statistics showed that the employment situation is improving even though the hurricane caused many people to be without jobs.  While many of those who had jobs before the storm were able to hold on to them, the fact is that the storm caused a major disruption in the job market.  People are resilient, however, and quick to bounce back.  Jobless claims are now about where they were before the storm.

The number for insured unemployment during the first week of December dropped by 23,000 to just under 3.2 million.  This represents 2.5% of the workforce, a number that remains unchanged from last week.  The less volatile 4-week average showed a decrease of 42,250 bringing it to 3.27 million.  All numbers are seasonally adjusted.

Jobless claims are hard to read this time of year.  Many stores have increased their hiring for the holiday season, and are beginning to lay people off as their sales start to wrap up.  This is a planned layoff each year, but it does skew the data slightly.  As 2013 starts to pick up, we will be able to more accurately see what the situation is.

Despite the fact that there is a looming fiscal cliff, and despite the fact that much of the news seen about the economy is still not so good, people are finding jobs.  The recovery has not been quick, but jobless claims are steadily dropping and the unemployment rate, which is compiled by the Bureau of Labor Statistics and not by the Department of Labor, has been starting to go down in the past several months.  With more people finding work, that means more money will be flowing in the economy.  All sectors will benefit, and the stock market will soon follow as corporations start to post healthier profits.