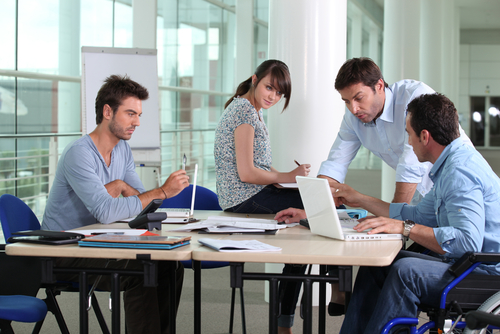 The United States labor market is beginning to show signs of continued improvement as unemployment claims for newly jobless workers fell for the week ending October 27, 2012 according to the latest initial jobless claims report issued by the Department of Labor.

A Labor Department analyst said that the Hurricane Sandy prevented Washington, D.C. and New Jersey from reporting so the Department of Labor estimated results for these two regions.

The analyst stated that it did not appear that the storm had any impact on last week’s data although many economists have said that jobless claims resulting from the storm could become volatile in the coming weekly reports.

The four-week moving average or jobless claims is a more reliable report as it over a longer period and softens volatility fell by 1,500 to 367,250. Most economists think a report with less than 400,000 claimants indicates employment is increasing.

With the United States soon to hold a presidential election the employment and unemployment reports have been a major component of both Democratic President Obama’s quest for reelection and from Republican Massachusetts Governor Mitt Romney’s challenge to him. Presently, with less than a week until the election polls indicate a very close race.

Accordingly, both sides are waiting for tomorrow’s employment report, the last before Election Day.

For the past few months the economy has signaled some improvement; consumer confidence is up and they are spending more while home construction has started a comeback. However, during the third quarter business investment fell indicating that companies may not feel the economic recovery is strong enough or long-lasting.

The United States economy is continuing to slowly recover and companies are holding back on hiring due to the slow nature of the recovery.

Economists also believe that the weakened world-wide economy coupled with a potential United States budget crisis in the beginning of 2013 are factors contributing to slow hiring as 2012 ends.