According to the Labor Department, jobless claims decreased sharply— and more than anticipated. Data revealed that 370,000 workers filed initial claims for unemployment insurance benefits for the week ending on Saturday December 2. This figure is down from the 395,000 revision from the previous week. The latest jobless claims numbers correlated with the 10-week average for the period leading up to Hurricane Sandy.

The November job report comes out on Friday. Economists expect the report to demonstrate the extent of the effects of the Super storm on businesses, particularly the loss of jobs prevalent immediately following the aftermath of the storm. The hurricane caused record power outages and extensive damage in the Northeast region, especially New Jersey and New York.

In October, employers hire 171,000 new workers, based on Labor Department figures. However, many analysts anticipate the number of new jobs for the month of November to be about 100,000.  Automated Data Processing Inc, a payroll processing company out of New Jersey released a report earlier in the week that  shows Hurricane Sandy reduced the number of  jobs created in the private sector to 86,000. This calculates into a 118,000 increase in payroll for private sector companies in November.

During the first full week after Hurricane Sandy touched down, the new jobless claims figure climbed to 451,000 as a result of the devastation created by the storm. The latest figures represent the third consecutive week the figure has decreased. The declines have nearly erased the 90,000 increase that occurred the week after the storm came ashore.

Some economist have  urge the Federal Reserve Board chairman Ben Bernanke to take more aggressive action to build  the confidence of  companies  so that they hire more workers. Joseph Gagnon, a former staff person with the Fed, has urged Bernanke to pump about $2 trillion dollars into the economy through the Fed’s bond buying program, which would expand credit to businesses and individuals.

Gagnon, now an economic researcher at the Peterson Institute for International Economics, said the move would grow the economy faster and the downside risk is fairly contained. Bernanke has already announced that the Fed would increase its asset buying program to fuel the sluggish economy, which is growing at about a 2% annual rate.

According to some economist, allowing business to borrow money at low interest rates combined with longer terms, such as 5, 10 or 20 years, would give businesses the incentive to borrow more money to finance inventories and hire more workers.

Most economists agree that the economy needs to expand at a 3% annual growth rate to make a serious difference in the 7.9% unemployment rate. 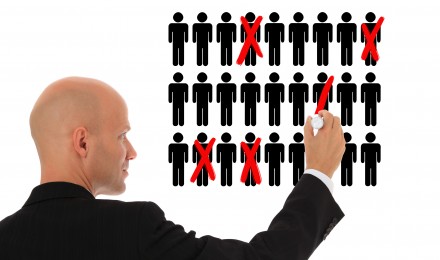