Jobs That Will Still Give You a Retirement Pension 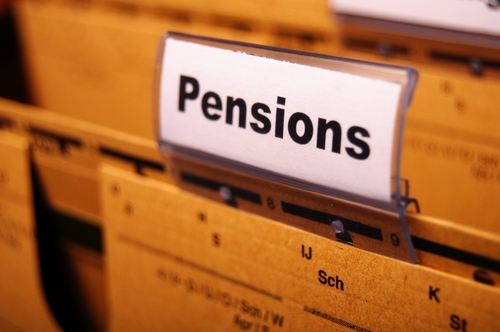 One of the best ways to build up savings for retirement is to get a job where there is a retirement pension plan in place. Although certainly not as common as before the recent economic crisis, these jobs do still exist. If you can, you want to grab one while they are still available.

The primary benefit of being employed at a company where retirement benefits are is that an employer often will match funds. This means that for every dollar that you put in, that they will also add a dollar (or possibly another amount). Of course, there is a limit to how much they will match, but where else can you get that kind of opportunity to quickly build a retirement account?

The companies with the best retirement benefits, according to Money.USNews, are in the utility industry. On average, the Bureau of Labor says that they put out $4.22 per hour toward retirement. They also say that since more than 50 percent of those working in this field are over 45, it means that many of them will need to be replaced before long.

A second field that offers a retirement pension is in aircraft manufacturing. This involves careers in every aspect of making the aircraft, from the designers, the engineers, the computer programmers, and those who actually make the equipment and those who actually assemble the aircraft and its components. They put an average of $2.63 per hour toward their retirement, which is clearly above average.

Most people that work in some kind of government job, or public service job, are apt to have access to a very good retirement program, too. This would include positions such as police, firefighters, teachers, and mail deliverers.

Companies that have unions are generally going to provide well for their employees with an excellent retirement plan. About 70 percent of union employees can take part in some kind of a retirement fund.

Overall, the number of companies offering retirement plans is decreasing, and many of them that did offer them have now frozen them so that they are not growing now, nor are they adding any new employees. According to the Wall Street Journal, Warren Buffett says that this state of things probably will not change for the next five years.

For the next generation, it means that retirement will be out of reach for many. This will leave many with little choice but to continue working well after 65. Money.MSN.com says that: “The number of working people over age 65 reached an all-time low in 2001, when just 13% held jobs. Now that rate is rebounding, and fast; last summer, it hit 18%, a level not seen since President John F. Kennedy faced the Cuban Missile Crisis.”

The time to start planning for your retirement is now – especially if you are within ten to fifteen years of retirement age. Finding that job that still has a retirement pension and makes contributions is ideal, but, if not, start saving any way you can toward retirement now. Of course, starting even younger will mean having that much more toward a comfortable retirement.

Jobs That Will Still Give You a Retirement Pension