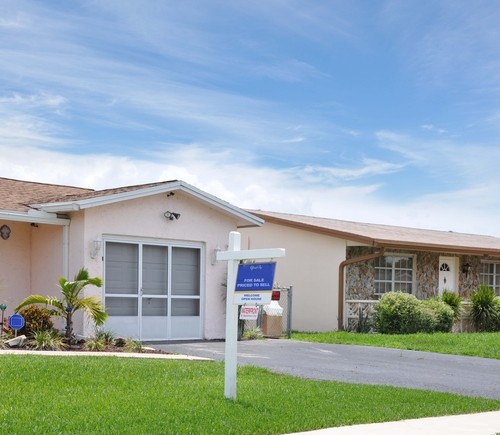 When you hear that sales of existing homes fell by 1.7 percent it sounds like bad news, but once you realize that the fall is due to a diminishing supply of existing homes on the markets the news is actually good as this trend will help revive the new home construction market and contribute thousands of jobs to the United States economic recovery. Existing home sale prices are rising, supply is falling and more people are buying.  As the lack of supply pushes house prices up, experts expect that more homeowners on the fence about selling their home will decide to test the market.

Sales of previously owned U.S. homes held near a two-year high in September, restrained by a lack of supply that is pushing prices higher reported the National Association of Realtors.

The supply of existing homes on the market fell by 3.3 percent to 2.32 million. At the current rate of sales it would only take 5.9 months to sell these homes. In August 2012 the supply would have lasted six months. September’s supply of homes is the lowest since the early spring of 2006.

The resale portion of the housing market is showing new signs of life following a doldrums that lasted several years. This is due gains in employment, easing of credit and reduced foreclosures. Should these trends continue housing will rebound and help drive economic growth.

“Clearly, housing has turned, demand is picking up. You’ve got to get that positive dynamic going, and we’re seeing it.”

August’s sales pace was originally reported as 4.82 million but was revised upward by the NAR to 4.83 million.

Lawrence Yun, NAR chief economist said in a news conference when the figures were released:

“Certainly we have broken out of the slump. Prices are now showing an accelerating trend, this is a reflection of low inventory. Builders need to increase production.”