Lance Armstrong Peddles to the Finish Line in Real Estate 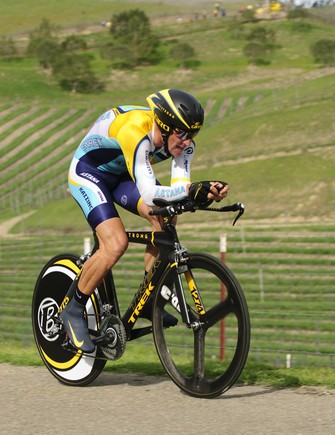 Despite his recent troubles that included being stripped of seven (wow) Tour de France titles, Lance Armstrong did some things right. And not only in real estate. His latest coup there: His 1.7 acre Austin home since 2004, listed at $10 million, was sold. No, readers expecting to hear about real estate can’t emulate Armstrong in pedaling power, or the creation of charitable foundations, for that matter. But from time to time, this column looks at the rich and famous and tries to figure out applications to the more mundane investors such as ourselves.

Al Koehler was identified as the Armstrong buyer, according to newspaper accounts. He is a founder of Royalty Clearinghouse, which buys oil and gas royalties and mineral rights on behalf of clients.

All seven of Armstrong’s Tour de France yellow jerseys hang on the walls of the home’s media room, say newspaper accounts. They also says the disgraced bicyclist (with an admirably tenacious character that included beating testicular cancer to return to his career) took great pride in the 7,850-square-foot Spanish-style home, which he spent two years renovating on.

Newspaper accounts say Armstrong is a “natural-born entrepreneur, who has co-founded businesses ranging from hotels to artist management to live events to a bicycle shop to LiveStrong.com.”

He is perhaps most famous or most admired (if that is still the word, despite his troubles) for his cancer-fighting charity work. It is said to be a model operation not only for its effectiveness but for its efficiency in a sometime wasteful industry that sometimes spends as much as it earns in donations.

Whatever anyone thinks of Lance Armstrong, he has been proven to be a highly effective fundraiser for a great cause. He has lobbied lawmakers on behalf of cancer victims. He has become a symbol of courage in the face of adversity.

That has not happened without his own enrichment, which has also brought some controversy over matters such as selling products through his charitable organizations.

Armstrong is worth a reported $60 million or so, but newspapers warn that no one should ever accept any invitation from him to compete in bicycling or any other form of competition for that matter, even if the largest bet is a nickel.

A blogger is hardly alone in once considering him a hero and role model to provide his children. But that the recent revelations show he is not also unlike the Wall Street bankers who sold toxic assets.

“He cared chiefly about his own gain and enrichment,” said blogger James Smith, but he urged not to be so judgmental with him but to see him as an example of both sides of life: good and bad.

No, readers, you can’t compete with him either in multi-million dollar Texas homes or fundraisers for charity, but he does illustrate one characteristic that anyone can emulate. His strong will and determination not to bend to fate  — whether its on the bicycle track or on the more slippery road of everyday life itself.

Lance Armstrong Peddles to the Finish Line in...