Lowest Unemployment Rates and Soundest Economies Among the States

Often, states experiencing lowest unemployment rates and other good economic fortunes get lost in the constant barrage of news stories concerning high employment rates.  The latest numbers released by the U. S. Bureau of Labor Statistics show several states have an unemployment rate significantly below the national average of 9.1 percent.

North Dakota, Nebraska, and South Dakota have the lowest unemployment rates as of September 2011.  These states have been able to side step the harsh affects of the recession caused mainly by the collapse of the housing market.

In 2010, North Dakota’s Gross Domestic Product (GDP) exceeded $34.6 billion.  The governmental portion of GDP, which includes, local, state, and federal civilian/military, topped 13.7 percent. Wholesale and retail trade combined for 13.7 percent.  Mining activities, which include oil and gas extraction, tabulated $3 billion in production.  In 2005, the state produced less than 100, 000 barrels per day.  In February 2011, output exceeded 348,360 barrels per day – the fourth highest in the nation.

Real estate and financial services represented 10.7 percent and 6.4 percent of North Dakota’s economic output, helping it remain one of the states with the lowest unemployment rates.  The agricultural sector rates first in the nation for oats, barley, and Durham wheat production and contributed 8.1 percent to the state’s economy.

With a population of 672,591, North Dakota ranks second behind Vermont (625,741) as the least populous state.  The state has a labor force of 373,865; the unemployment rate of 3.5 percent rates best in the nation.  For the last three years, North Dakota has surpassed all states in job creation and remains one of the states with the lowest unemployment rates.

The U.S. Department of Commerce reports Nebraska, with a population of 1,826,341, had a 2010 GDP of $89.7 billion, the 37th largest economy in the U.S.  Government agencies make up the largest sector, representing 13.5 percent of the output.   The manufacturing sector generated 12 percent of economy output in 2010.  The real estate market produced over nine percent of the state’s GDP.

The latest U.S. Census Bureau’s data show 814,000 residents live in the state.  The largest component of the state’s $39.8 billion GDP consists of the financial services and insurance sector.  This segment contributes 19.6 percent to the South Dakota economy.  The government accounted for 12.3 percent and real estate 9.4 percent of GDP.

Nearly 8.9 percent of the economic output came from manufacturing and agriculture added another 8.3 percent.  The state’s 4.7 percent unemployment rate ranks it just ahead of New Hampshire with 5.3 percent.

South Dakota has a median income of  $46,126. The state median home price is $164,900. In addition to having one of the lowest unemployment rates in the country, foreclosures remain among the lowest in the nation as well, with one in 4,810 homeowners receiving some type of filing in August. 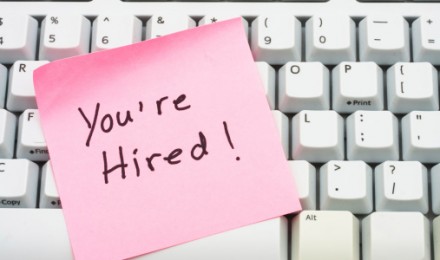