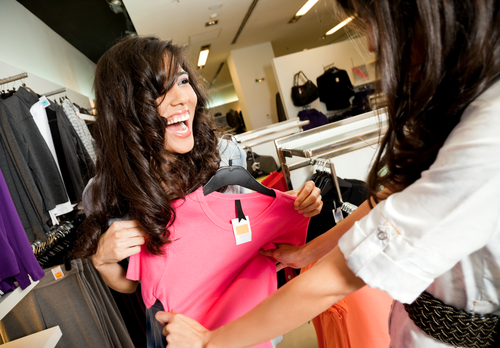 The May retail sales report from the US Census Bureau shows that May retail sales slipped 0.2%. This news comes with the revision of April numbers to -0.2%, originally reported as a decline of 0.1%.

The biggest decreases were found in gasoline sales, which fell 2.2% and building materials/gardening equipment which fell 1.7%.  These drops would have made the overall picture much bleaker if it had not been for some sectors that propped the numbers up.  Autos, electronics, and home furnishings all did their part to help increase sales in May; however, most other areas saw a decrease from April.

In a time where consumers are claiming their outlook on the economy is positive, their spending is showing otherwise.  The telephone surveys that are conducted indicate that in most areas people think the economy is looking up.   However, when the hard data comes in showing their actions, rather than just their thoughts, we see that spending has declined the past couple of months.

An increase in larger items, such as autos and home furnishings does provide a spark of home.  While small retail sales will fluctuate quite a bit, these goods have much more of an impact on the economy.  People are willing to take on some debt to purchase a car, and they are committing to furniture showing things are stable.  However, the fact that building materials is down shows that the housing market is still weak.  Housing is a huge part of the economy, and as long as the market is soft, the economy will continue to only grow at a paltry pace.

The resounding theory behind why sales have been poor the past two months is due to the warmer than usual winter.  During a time when most people are not spending, especially on building material and gardening equipment, this winter saw a larger than usual amount of sales.  This may have pulled sales from later in the year (April and May) and simply pushed them forward.

The bottom line is that even though the numbers for April and May are down, the economy is still up considerably from the recession (see the graph).  And it is important to pay more attention to the year-over-year numbers, rather than monthly changes.  May retail sales are up 5.3% from May 2011, a material yearly increase.  By focusing on the longer term, consumers, investors, and economists can remain positive in their outlook for the future of the economy.