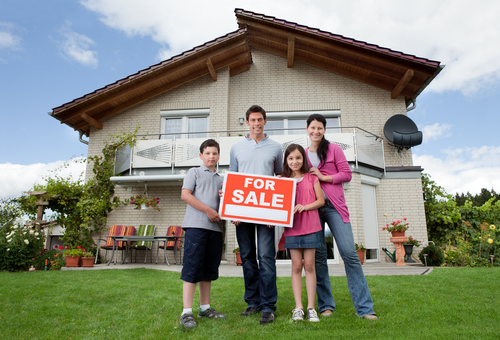 More good news from the housing sector this morning as the U.S. Census Bureau reports an increase in new home sales.  The positive report is not too unexpected as the latest report on housing starts shows that there are many more new homes being built.  That will obviously correlate to more homes being sold.

In September sales of new single-family houses increased 5.9% to an annualized rate of 389,000.  While still down considerably from the 2007 highs of 1.12M, these numbers are the highest they have been since spring of 2010.  They are, in fact, up 27.1% from September of 2011.  The rate needs to increase dramatically in order to get back to the previous highs, but at this point a slow and steady increase is better than the rollercoaster numbers that have been seen as of late.  As the employment situation continues to get better, and as the housing market continues to recover, it is likely that the numbers will continue their steady climb.

The median price for new homes has dropped slightly to $242,400.  While it may seem that home prices are at a standstill, they are actually up over 11% from this period last year.  An increase of this magnitude is substantial, and should not be discounted.  The record low interest rates for mortgages are playing a huge part in helping to increase the price of homes.  As long as Fed chairman Ben Bernanke keeps the prime rate low, these low mortgages should remain in effect and home prices can keep pushing upward.

Many people would love to own their own home, but with a bad economy they are just unable to do so.  With a drop in the unemployment rate, more people are returning to work.  More people at work means there are more people who are earning an income.  These incomes translate into consumer confidence; that confidence allows people to make the commitment to buying or building a house.  The new home sales report is an indicator of how confident people are.  With a sharp increase, such as seen in the September numbers, it shows that people are optimistic about the future of the economy.  They not only think that things are good now, but they will be good for years to come.  This translates into more confidence for everyone, and will drive sales across the spectrum as people pay for services, retail goods, and many other products further stimulating the economy.

The US Census department issues a report on new home sales once per month.  A report on the October numbers will be released on November 28.