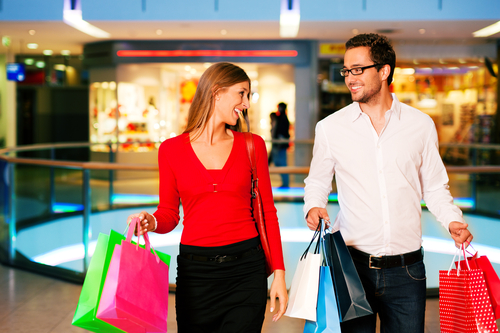 In October, the Thomson Reuters/University of Michigan final index of consumer sentiment showed consumers felt the best they have in five years about their personal financial situations and the overall economy.  The final November consumer sentiment report registered just a fraction of an increase, up from 82.6 percent at the end of October to 82.7 percent.

The final number for November dropped from the preliminary measurement of 84.9 percent released earlier in the month. Other data in the report reveals the following information:

Overall, consumer sentiment continues it up trend in 2012. In August and September, the readings were 74.3 and 78.3, respectively. To help put the index in perspective historically, the consumer sentiment reading averaged 64.2 percent during the 18-month long recession  from December 2007 to June 2009.

For the five year period prior to the beginning of the slump the average monthly reading was 89 percent.

The decline in confidence from the preliminary numbers may reflect consumers “uncertainty” regarding the Congress resolves to reach an agreement to avoid the fiscal cliff, according to the consumer survey director Richard Curtin.  Failure to reach a solution will result in massive spending cuts and tax increase taking place at the beginning of the year.

Businesses continue to demonstrate even less confidence that politicians will find a solution to the U.S. fiscal issues. Capital investments are at the lowest level since the recession.

Each month, the University of Michigan conducts a telephone survey with the objective of accumulating data about consumer perception for the U.S. economy. Consumer sentiment measures the level of expenditures consumers make over a specified period. When consumers feel good about their personal financial circumstances, as measured by their ability to find employment or keep jobs, they exhibit a high level of confidence.

Consequently, consumers who have a high confidence level have historically spend more money on goods and services. When people have concerns about the economy and their futures, spending contracts and the economy grows at a lower rate as people spend less money.