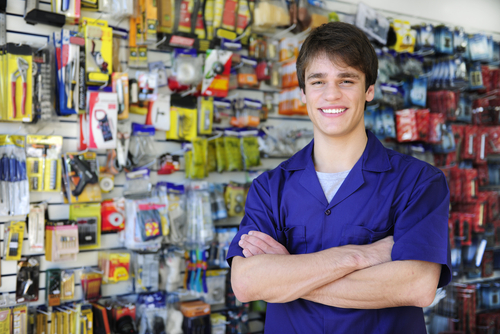 The International Council of Shopping Centers and Goldman Sachs tally each week the performance of same store sales. Excluded from the data are restaurants and car dealerships. The index is constructed using a complex mathematical formula to preserve long-term consistency.  The number is pegged to a broad based monthly industry sale aggregate. A control group of major retailers is used to determine the weekly sales data. The Week to Week Report was released this morning.

The report covers the week ending June 16th. Overall growth year to date for same chain store sales was recorded as growing at the rate of 3.6 percent when compared year to year. However, the disappointing news is that compared to week ending June 12, 2012 the June 19 data is flat.

However, according to Michael Niemira, ICSC’s vice president of research and chief economist ICSC has an upbeat view for the rest of the summer. Said Niemira: “The good news, however, is that gasoline prices at the pump have receded significantly in the past 11 weeks, which should help to replenish some discretionary purchasing power in the coming weeks.”

Analysts believe that when the data is refined comparable same store activity will rise by 1.5 to 2 percent for June. When drug store data is removed from the report gains should be even stronger. The anticipated sales increase is a healthier 3.5 to 4 percent.

The ICSC survey showed that mall traffic increased during the week while outlets saw a decrease. The strongest performing sectors of retail sales included:

Gasoline has been steadily falling for the past eleven weeks. Last week prices dropped another 3.39 cents bringing the cost down over the eleven week period by nearly $0.41 per gallon. This supports Niemira’s comments that consumers might be willing to spend a bit more over the summer months.

A year ago data was similar, falling gas prices and nearly 3 percent growth year over year. The indications that are gleaned from this report are the economy continues to grow in fits and starts with consumers being cautious. The impact of gas prices falling has not yet translated to retail sales growth. However, in 2011 gas prices fell too, but it took several weeks to see its impact in rising retail sales.