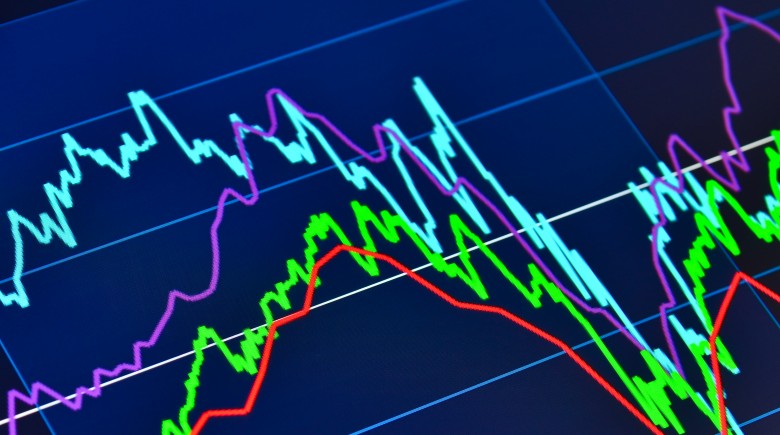 Well, of course, if one knew the answer to that then making money in the markets would be easy. There is an old saying on Wall Street that bull markets “climb a wall of worry” and this one surely qualifies on that score. While a bounce back from the market shocks of 2008/2009 was not especially surprising, the subsequent continuation has caught many people off guard. After all, the economy stinks, oil is high, and the debt is out of control, just to name of few of the topics on that wall of worry. But you don’t have to be an avid viewer of CNBC to know that there is one thing holding this market up: the Fed. Traders, money managers, analysts and even the mainstream press credits this bull market to the Fed’s gorging on debt. This fact is not necessarily a bad thing, in so far as stocks have been going up and that is real wealth for real people. The nagging question is how does it end? Will the markets continue on a “normal” path of upward bias with an occasional run of the mill bear market sprinkled in, or is this setting up something completely different? As this kind of Fed buying program has never before been tried, more than a few are worried that things could get ugly:

By postponing the decision to October or even December, the FOMC may be setting the market up for an even larger correction when it finally bites the bullet.

That is referring, of course, to the Fed’s (somewhat) surprising decision to keep purchasing $85 billion in debt every month. And yes, that is in addition to keeping rates at historic lows. There are a number of ways to take this (non) action, but there appears to be a consensus on a couple of them. First, the Fed had already accomplished its goal without “tapering” their purchases as bond yields had already risen quite a bit. The other is simply that the economy is still horrible and any and all “stimulus” is much needed. These two theories are not mutually exclusive of course, but neither are they exactly comforting. If this is indeed a bubble of the Fed’s making it’s downright troubling, in fact.

Marc Faber, a rather infamous skeptic of the Fed policies made a point that could be worth a listen:

“Well, the endgame is a total collapse, but from a higher diving board. The Fed will continue to print and if the stock market goes down 10%, they will print even more. And they don’t know anything else to do. And quite frankly, they have boxed themselves into a corner where they are now kind of desperate.“

Now, admittedly, Faber is almost expected to make these types of quips, but the logic is difficult to dismiss entirely. If The Fed continues it’s pedal-to-the-metal policies and even the most sober of analysts agree that this is causing the rather extended bull market, then it must certainly be true that the end of this policy will not be bullish for stocks. One can argue that by the time that happens the economy will be so strong that the removal of the punch bowl will hardly be noticed. Yes, that could be, but if it was so important to stocks before, won’t it still be important then as well? After all, it is more than implied that once the Fed takes its foot off the gas rates will rise. How many bull markets do you know of that occur while rates are rising? It can happen, but there is another Wall Street saying that argues against it: don’t fight the Fed.