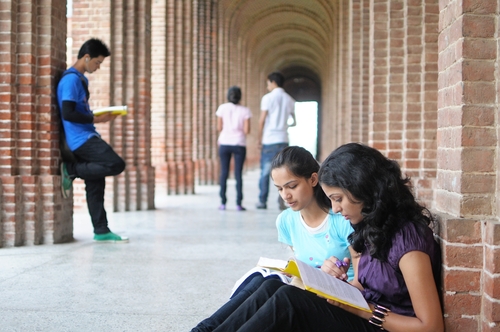 The United State’s tax code contains a number of credits and deductions designed to reward and encourage certain behavior by allowing it to be paid for with pre-tax dollars or by allowing you to reduce your tax liability by taking a credit. One such credit that is available is referred to as the American Opportunity Credit. Although the American Opportunity Credit was originally set to expire at the end of 2012 (along with many other tax cuts that were considered part of the crisis known as the Fiscal Cliff), the tax cut was extended in the American Taxpayer Relief Act. The Act, signed into law on January 1, 2013, extended the American Opportunity Tax Credit through 2017. This means that families planning for future college expenses should be able to count on this tax credit being available until at least this time.

What is the American Opportunity Tax Credit for College Tuition?

The American Opportunity Tax Credit is a credit that is worth as much as $2,500 for each student. Because it is a credit, it directly reduces your income tax liability by the $2,500 rather than just reducing your taxable income or allowing you to pay for college tuition with pre-tax dollars. This means it reduces the taxes you owe dollar for dollar (i.e. if you previously owed $5,000 and you took the full credit, you would now only owe $2,500 in taxes).

The credit covers 100 percent of the first $2,000 paid out in eligible college expenses and then covers an additional 25 percent of the next $2,000 in eligible costs and expenses paid out for a student. The maximum total, therefore, is $2,500 for each of the four years that the credit is available to a student. Once you have exhausted the four years, then the student may qualify for the Lifetime Learning Credit worth as much as $2,000 for those who spend $10,000 or more in qualifying educational expenses.

The American Opportunity Tax Credit is available to individuals with an adjusted gross income of $90,000 or less if the individual is filing as a single or as the head of the household. For families that are married filing jointly, then the tax credit is available for households up to $180,000. However, the tax credit begins to phase out (i.e. is worth less than the full $2,500) once an individual/head of household has income of $80,000 or more, and once a married couple filing jointly has income of $160,000 or more.

In addition to considering family income, there are several other requirements in qualifying for the credit. For example, the student who must be enrolled in an accredited or recognized university at last half-time over the course of one academic period. The student must be engaged in a program that is intended to lead to a degree, a certification or some type of recognized credential. The money must be spent on tuition, fees and books and cannot be used to pay room and board.

For those eligible, the credit can be claimed by filing IRS Form 8863 along with your standard 1040 tax form.