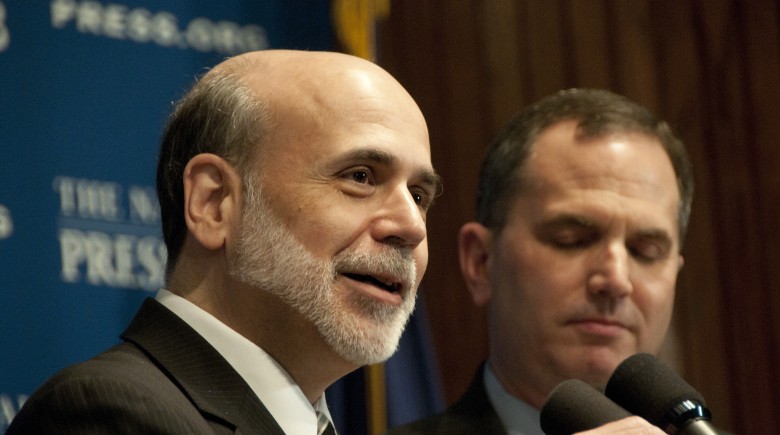 With President Obama getting ready to name a new Fed Chairman, all eyes seem to be on the so called tapering plan that Bernanke seems determined to implement. If the press reports are accurate, Janet Yellen and Larry Summers are apparently the front runners for the position. And, while on paper at least, they both have somewhat similar views on the Fed’s proper role as Bernanke, it is generally agreed that the current chairman wants to leave with his infamous QE (quantitative easing) program heading in the direction of winding down. Thus, all of this taper talk. In the conventional beltway wisdom, Bernanke’s plan (or ego–depending on how one interprets the reports) will require that the unprecedented easing under his chairmanship will at least give the impression of having wrapped up and handed off in a nice bow to the next Fed head.

Without rehashing all of the arguments for or against the QE program (especially unneeded for our in-the-know Primerates readership!), the tapering program seems to be causing massive amounts of angst among the market prognosticators. And while a teeny tiny slowing of the Feds’ treasury buying spree might seem to be nothing to fret over, Wall Street definitely sees it differently. The important question is should you worry too? The short answer is yes…but.

Anytime Wall Street is obsessed over some future happening or perceived happening, then it doesn’t hurt to be on your toes. And in this case the worry has a fairly solid base to be concerned about. The current QE program (there have been a few versions) was touted as a way to keep growth going forward while still keeping a vigilant eye on inflation. It was also said to be unneeded once certain economic numbers were sufficiently positive. Now, whether or not you believe any of that makes sense as a policy is irrelevant in that Bernanke seems to believe it and importantly for you portfolio, Wall Street at least likes it even if they don‘t believe in it. This has been evident by the rise in stock prices the last few years. But what will happen if the tapering begins for real in the next few weeks?

Well, here is where it gets tricky. As you know, the bond market has already cratered on the belief that Bernanke is determined to begin the tapering program before he leaves office. So, while it is always important to keep an eye out for possible market movers, stocks and bonds may have already factored in this scenario. Look no further than the performance of your bond holdings these past two months. So, while the talking heads on television may get louder and louder on the tapering topic in the coming weeks, at least some of the damage may already be done. So, as always, it is prudent to review your portfolio and make sure that you are comfortable with your current mix of investments. The coming torrent of opinion on Bernanke and company’s every move may be unsettling, but it will be less so if your portfolio has been given a once over and you are prepared for whatever happens.

The Coming Tapering Debate And What Will It Do To...