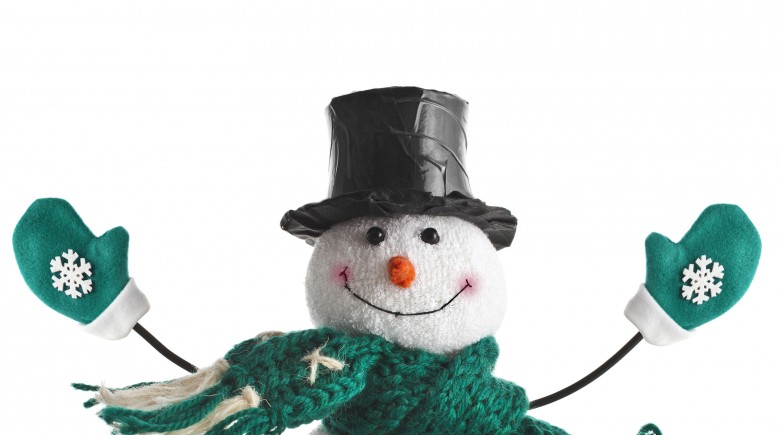 The holiday shopping season is just around the corner.  Although thermostats may still record temperatures well into the 80s for the next few weeks, it is time to survey the potential holiday shopping landscape to not only consider what gifts might be acceptable, but also which stocks to invest in to take advantage of what may be the strongest economy since 2008.  The bright economic outlook may translate to greater spending, which has impact on not only your shopping plans but potentially also your investment choices.  So, here is a quick survey of what could be hot this shopping season and the implications for you.

The electronics category is probably the strongest of all of the holiday shopping products.  In the past, buying an electronic gadget would only be for the technologically inclined, but nowadays electronics have become the go to gift for people of all ages.  Some of the hottest items this holiday shopping season include products from Microsoft, Sony, Apple, Google, and Amazon.  Here’s a quick look at these items:

The Xbox One is the newest gaming console from Microsoft since the launch of the Xbox 360 nearly 8 years ago.  It’s primary appeal is as a gaming machine, but Microsoft has made efforts to make it the media center of the living room.  With the improvements in Xbox Live and the integration of TV functions, the Xbox One has been positioned as the game console that can double as the media center.  Furthermore, with changes in Microsoft’s approach to the Xbox One, there has been a boom in Xbox One pre-orders to the point where it may not be available on shelves on launch day.

In terms of holiday shopping, the Xbox One may be sold out before it’s release, so do go and pre-order one if you intend on buying one.  However, it is likely that there will be units available after the release date and before the Holidays if you intend on waiting on the feedback and reviews.  In terms of investing, the Xbox One represents the next phase of Microsoft’s transition from a purely software vendor to a software/hardware vendor.  This is combined with Microsoft’s increased focus on producing new Surface tablets as well as potentially expanding that to include a gaming oriented Microsoft Surface.  The greatest implication of the upcoming Xbox One release is whether it will be the winner of this edition of the console wars.

The 4th generation of Sony’s Playstation, probably the best selling line of consoles in gaming history, is due to be release alongside the Xbox One.  Unlike the Xbox One, it is primarily a gaming oriented console.  Furthermore, as the Playstation Network isn’t as media developed as Xbox Live, the Sony PS4 is truly a gaming oriented device.  It is more powerful than the Xbox One and does carry a lower initial price.  As a whole, the Sony PS4 does represent a console oriented at more traditional gamers.

In terms of holiday shopping, the Sony PS4 is a similar situation to the Xbox One.  It has had strong pre-sales and may not be available on launch day.  There will probably be available in the time between release and the Holidays.  Beyond shopping, the Sony PS4 does represent the attempt by Sony Entertainment System to take back the market dominance that they lost with the previous generation of game consoles.  Furthermore, it represents a judgement upon the electronic division of Sony, which has been struggling as of late.  The PS4 has had positive early publicity, but the question is whether the PS4 exclusives will be enough to drive sales of the platform in the long run.

The rumor mill on these three products has just started to hit full stride.  With a series of increasingly detailed leaks, it appears that the release dates on all three products are close and may occur this holiday shopping season.  As with previous Apple products, the actual announcements of the products will probably occur only a week or two before release, but there are strong signs that Apple has been preparing to release new products.  As a result, these gadgets are likely to become one of the holiday shopping season’s hottest gift.

In terms of obtaining one of these Apple products, it may be difficult to get one in the first few weeks.  However, with Apple’s experience in manufacturing large quantities of electronics and getting them to market, it shouldn’t be difficult to get one before the end of the shopping season.  Beyond how difficult it may be getting your hands on one, these products represents Apple’s current endeavor to remain atop the smartphone and tablet universe.  With its sales growth slowing and increased competition, Apple is facing its greatest challenge since releasing the iPhone to critical acclaim.

Like Apple, Google is expected to release new versions of its leading Nexus 10 and Nexus 4 devices.  Google has already released a new version of the Nexus 7 that beats the current competition on both price, screen resolution, and quality.  However, it has not said anything about new Nexus 10 and Nexus 4 devices.  In recent years, Google has taken a page out of Apple’s playbook by holding release information until the last moment.  However, it is likely that both of these devices will be subsidized devices that will have the latest technology inside them.

Unlike Apple, these new Google products may sell out quickly and remain out of stock.  So your best bet might be to jump on the Google Play store offers when they come out before they potentially sell out.  Last year’s Nexus 10 and Nexus 4 were plagued by limited availability due to inadequate demand forecasting from Google.  This year may be different, but don’t count on it if you plan on getting a Nexus tablet or smartphone as a holiday gift.  In terms of investing, these Nexus devices could represent a boon to LG and Samsung, depending on quantities sold.  Google is unlikely to profit immediately as its Android and Nexus division are more long-term profit drivers as opposed to short term ones.

Amazon is expected to released new versions of its Kindle Fire HD and HD 8.9 in time for this holiday shopping season as well.  These are expected to be superpowered compared to last year’s Kindles and are expected to compete with Google’s Nexus lineup in every category, from price, to performance, to entertainment options.  As a result, these may be the best budget electronic gift for your Amazon Prime friends and family who are more interested in easy to access entertainment and shopping options.

Amazon’s new Kindle should exist in more than sufficient levels for everyone to order one through Amazon.com.  If you are insistent on doing your holiday shopping at stores, the Kindle Fire should be at many major retailers, including KMart and Best Buy.  In terms of investing, the Amazon Kindle lineup represents a long and short term play for Amazon.  The hope is that the sale of discounted Kindles will drive impulse electronic purchases that are cost effective to deliver.  Furthermore, the Kindle Fire may eventually become to focal point of the typical Amazon Prime household as Amazon is testing grocery delivery systems.