Thiel Fellowships to Work in the Real World 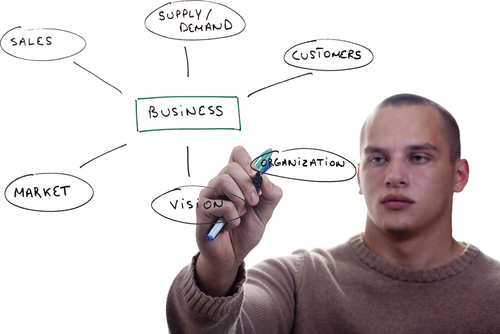 Not everyone believes that it is necessary to have a college education in order to succeed in life. Recent well-known successes that have proven that it is not necessary include such success stories as Steve Jobs, Bill Gates, and Mark Zuckerberg. Peter Theil created Theil Fellowships in order to identify and help highly talented individuals get started.

The purpose of the Thiel Fellowships, which was originally called 20 Under 20, was created in September 2010. Those who received the Fellowship money would get $50,000 a year, for two years. Peter Theil is a billionaire who has been successful in recognizing potential in startups, and saw success in many of them in Silicon Valley, including PayPal and Facebook.

Peter’s goal in enabling very promising students is to get their talents and energies out into the real world faster. This enables them to skip college and develop their technology and expertise into marketable ways that will benefit everyone.

Students are not picked at random, of course. The ThielFellowship.org website says that they have to show their stuff, which includes being at least 19 years old – and not yet 20, having the brains, want to change the world with their dreams, have clear plans and love to think long term. Even foreign students can apply. For those who are over 20, they may be able to receive special assistance through a program called Breakout Labs.

Once a candidate is chosen, each one is matched with a mentor. If they have already started a business, the mentor will help them learn practical business topics such as business development, how to raise funds, and hiring. For those who have not yet started their own business, the Foundation will help them get an internship, and allow them to attend Theil Foundation meetings, conferences, etc., which is in the Silicon Valley.

Once selected by the Fellowship, these students are expected to forego college and devote the next two years of their lives under the guidance of their mentors and the Theil Foundation. A college course may be permitted, however, if it will help the student to further understand and develop the project he or she is working on, says NYTimes.com.

There are no real guarantees that any of them will be successful. Those who have started the program are not yet finished, and it remains to be seen how well the program and mentorship works. When all factors are considered, however, and the success of those involved, it appears that they ought to have an above average chance to fulfill their dreams of helping to change the world. In addition to having the help of powerful and successful mentors, they also have the opportunity to meet many well-known (and rich) people who might be able to help them along.

currently have for requiring at least a college degree. So far he does not seem to be very successful, since even the companies of which he sits on the Board (Yelp, Path, Facebook, Quora) have not yet said that they have removed this requirement, says Forbes.

Thiel Fellowships to Work in the Real World