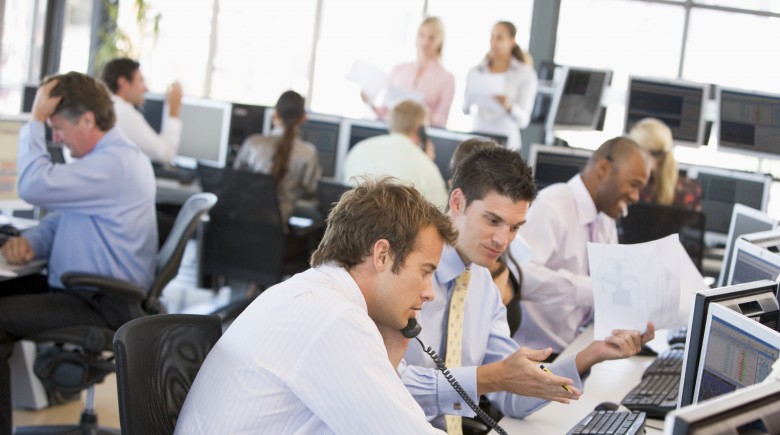 In other words, everyone pays attention to their investments. But let me make a somewhat radical suggestion about Conventional Wisdom: maybe it’s not such a good idea.

A company called Dalbar conducts an annual survey with the somewhat impossible name of Quantitative Analysis of Investor Behavior or (QAIB). It is said to measure investor buying and selling decisions about securities over both short and long term.

Timing markets, the company says, does not mean moving in and out of securities or mutual funds on a daily, weekly, or monthly basis. But holding onto them for less than five years. The average investor and advisor holds just over three years, according to Dalbar.

Dalbar says it found that withstanding the temptation to sell when investments drop in value is far more important to overall returns than a sound investment strategy. An important point.

The research shows it is easier for people “to make the right decision when markets are rising and their fear of loss is not the major decision driver.” When markets fall and fear sets in is when investors really hurt themselves by selling out.

Dalbar says studies show that instead of a lot of buying and selling, trying to time the market, investors would have done better on returns of both stocks and bonds by putting it into an index fund and leaving it alone.

“Spend your time and emotional energy selecting a good mix of asset classes and mutual fund managers within each class, and then leave them alone.”

Who is Dalbar? It is self-described as a “leading financial services market research firm.”

Dalbar does not say never sell and suggests times when selling is right.

“Consider selling mutual funds if managers change their investment philosophy, raise their fees, or begin consistently underperforming other managers in their asset class. Otherwise, it’s best to focus on annual rebalancing to keep your portfolio at its original asset allocation,” the site claims.

If most people are like me, they don’t want to spend most of their waking hours following their investments. Moderation is also fine in this arena. But let’s perhaps compromise, which is never a bad idea.

Here’s a suggestion: after careful consideration of the investments you think are the best in the long run, you try re-evaluating them every year or so.  Of course, the market changes and that will always be a given. Sorry, Conventional Wisdom. But maybe that timetable works because no one can spend all their waking time looking at numbers. ###