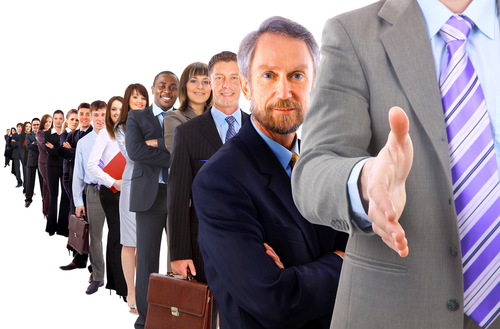 The U.S. Department of Labor Department jobless claims report shows that fewer people applied for unemployment benefits for the week ending June 2 2012 to 377,000. Bloomberg News 42 economists released a consensus figure of 378,000. Claims declined 12,000 from 389,000 (originally 383,000 revised figure) recorded the prior week. This report offers a sliver of positive news after the May 2012 jobs report revealed that companies hire the fewest number of workers in a year. In May, employers added 69,000 jobs compared to 77,000 in April.

Although employers have not fired workers, many firms refuse to add on more jobs without stronger, sustained demand. Most of the demand has to come from the consumer side because consumers comprise 70 percent of the gross domestic product. Putting more people to work creates more disposable income for workers to spend on personal consumption.

The report also shows an increase of 34,000 in the number of individuals continuing to collect jobless benefits, which increases the total to 3.29 million people for the week ending May 26. This figure does not include workers who have exhausted conventional unemployment benefits and now receive extended payments or emergency workers’ benefits—down by 105,000 to 2.83 million for the week ending May 19.

The total number of American receiving unemployment benefits from all programs, including state, federal and other programs totaled 5,970,729 claims for the week ending May 19 compared to 6,137,862 claims the prior week and 7,610,491 claims last year.