What is the March 1 Sequestration? 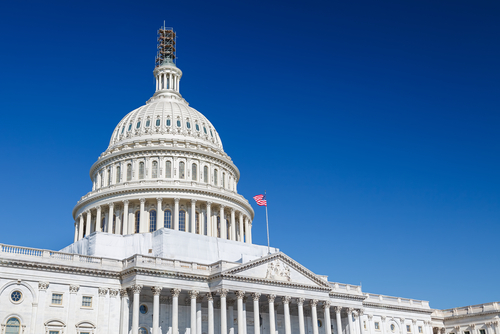 You have heard of the fiscal cliff, and you know that at the last minute congress passed the tax reform part of it.  To avoid having the US economy plunge off the cliff they moved the spending cuts part of the cliff out two months.  While the reasoning was to allow two more months of negotiations to figure out just what needs to be cut, in reality it was two more months of procrastination.  The part of the Budget Control Act that deals with spending cuts is now facing a deadline of March 1st.  Many people know about the cuts, but they do not know that they are actually called the sequester, or sequestration.  We all know the budget needs to get under control, but we also know that the economy does a lot better when money is pumped into it.  When the sequester goes into effect, what will the economic impact be?

The budget cuts will total $1.2 Trillion over the next ten years.  They are split evenly between defense spending and discretionary domestic spending.  The keyword there is “discretionary.”  It means that programs such as Medicaid and Social Security are exempt from the cuts.  It also means that war spending is exempt, although other areas of defense are likely to be cut.

The areas that will see the biggest cuts are the FBI and Border Patrol departments.  The way to reduce spending here is to slash jobs.  The rest of the Department of Defense will see budget cuts of $500 Billion over the next 10 years.  As far as domestic programs goes, education will be hit hard.  Title One programs (spending on low income schools), head start, and special education programs will be hit, and many teachers will face lay-offs, or more likely their job will be left unfilled after they retire.  FEMA will see big budget cuts, so we can only hope that the natural disasters calm down.  The WIC program will drop hundreds of thousands of participants and will cut back workers.  Those who are still struggling to find a job may not be too happy when unemployment benefits see cutbacks.

The biggest impact is the loss of jobs.  Less money going to these departments means fewer people will have jobs.  Fewer jobs will mean less consumer spending.  It also means more people will be relying on government aid programs; programs that will have less money to spend on their increasing number of participants.  It is no secret that our education program is already struggling, the cuts in the budget will mean even less money going to schools.

These cuts have yet to go into effect.  But even so they are already having an impact on the economy.  Just the talks of them are blamed for the .1% reduction in GDP in the 4th quarter of 2012.  When they go into effect, that number is likely to drop further.

Sequestration is necessary in order to get the budget under control.  Without it, the debt ceiling will keep being met, and it will keep being raised.  However, the debate is whether or not now is the right time to push the cuts through.  President Obama does not think so and wants to push them back again.  But part of the debt ceiling compromise in 2011 was the fact that spending cuts needed to be made, and the real issue is not the timing, but rather where they can be made to have the least amount of economic impact.  Many think that when the sequestration does go through we will see the economy lose its upward momentum, and possibly slip back into a recession.  Only time will tell what will actually happen.

What is the March 1 Sequestration?