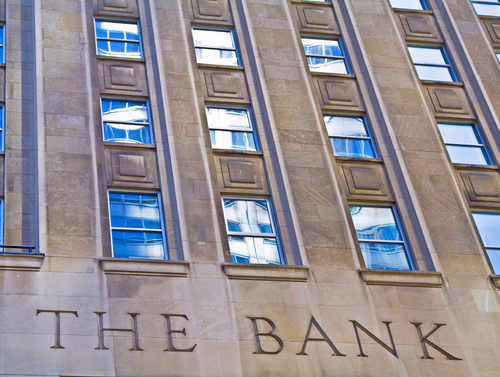 It all started when Wal-Mart, known for its strong-arm tactics when it comes to getting good prices from their suppliers, decided it wanted to cut costs on the credit card processing fees they were paying in the thousands, possibly even millions of dollars each year.

Banks, fearing the same demise as the Mom and Pop stores put out of business in the small dried up downtowns all across America, were more organized and influential in defeating this move on their territory by Wal-Mart to buy a bank.

During all the time the banks were preventing Wal-Mart from buying a bank, the giant retail company kept insisting the only thing they were really after was a way to lower their credit card processing fees, a complaint that was met with a deaf ear by the banking industry.

Finally, in 2003, Wal-Mart won a class action lawsuit against Visa and MasterCard claiming the companies should not have been charging the same interchange rate for their debit card as their credit cards. The courts agreed and awarded Wal-Mart and other retailers billions of dollars in compensatory damages.

The credit card companies then began to listen but after a while, it seemed Wal-Mart gave up on the idea of owning a bank. It was not long, however, before the retail store started offering a few financial services; check cashing here, money orders there, the transmittal of money overseas. Eventually Wal-Mart also added the ability to pay bills, a pre-paid debit card and then a credit card. What was even more important was that these services were available 24 hours a day in Wal-Mart when many of the factory workers got off work and the banks were long closed.

The banks did not seem to mind. After all, Wal-Mart was not able to make loans or take deposits—their customers were primarily those with bad credit, they thought, those which the banks were not as interested in dealing.

However, when the difference between the interest rate the banks were able to charge for loans and the interest rate they had to pay for deposits narrowed, the banks needed to make money elsewhere in fees for services like overdraft charges. Suddenly those with bad credit did not look so bad after all, however, now that they were wanted those customers were no longer theirs but Wal-Mart’s.

Because Wal-Mart’s bank charter had taken their customers away, the banks started crying that Wal-Mart was unfair competition! It had, they claimed the advantage of not be regulated because it was not—wait for it—a bank.

However, the saga does not end there.

Now the banks are lobbying to get the new Consumer Financial Protection Bureau created by the Dodd-Frank Act in response to the failure of many financial institutions, to start regulating Wal-Mart and some other “non-banks”.

This is one task the agency plans to do; as soon as the politicians who oppose regulation let them alone long enough to do it.

Why Banks Wished They Hadn’t Opposed...