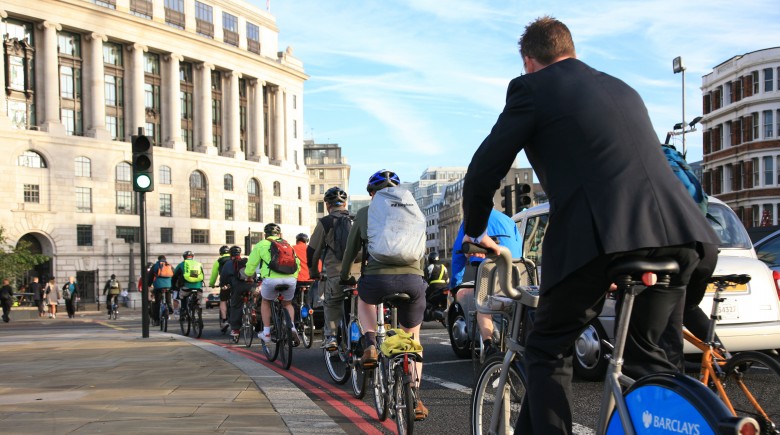 There is a common dilemma when living in or near a major city: whether to own a car, bicycle to work, or take public transportation.  In many major cities, particular in the Northeast and in California, all three are certainly viable options.  They each have their benefits and drawbacks, but the ultimate decision is up to you.  However, you should take the time to do a cost-benefit analysis of the actual incurred costs and the positive benefits each offers in regards to your own situation.  In particular, choosing a primary form of transportation depends on your circumstance.  After going through the costs and benefits associated with each, there are certain some circumstances where one is more suitable than the others.  We’ll be mainly looking at these options as the primary method to get to work, but certainly part of the value of cars and bicycle is their multiple purpose natures.

Owning a car is an American pastime since the widespread use of the Model T.  From the muscle cars of the 1960s that got 10 miles to the gallon to today’s modern fuel sippers, Americans have been firmly attached to their motor vehicles.  However, change is afoot as major cities such as Washington, DC, New York, Boston, Denver, and Minneapolis currently have major bicycle share programs with Chicago‘s bicycle share system coming online June 28.  Furthermore, many cities across the US have expansive public transportation systems, notably Portland, New York City, Chicago, Boston, San Francisco, Los Angeles, Denver, Miami, and Washington, DC.

So what are the costs and benefits to each?  In short, a car will cost more over its lifetime, but it will offer greater flexibility in transportation and moving heavier goods.  A bicycle offers a mixture of cost savings and moderate flexibility as well as doubling as an exercise device, but the danger is that bicycles are moderately easy to steal and not many cities have dedicated bicycle paths.  Public transportation is the least flexible and fairly time consuming when trying to get to far off locations, but if you live and work close to a subway station, then it is likely to be as fast or faster than taking a car.

A car, especially if you buy a new car, it is likely to cost a lot.  Even if you get the most city-friendly versions (hybrids and electric cars), you are likely to pay significant amounts upfront that you won’t take into account when calculating how much it costs you.  To be on the conservative side, a new fuel efficient vehicle, like the Toyota Prius or Honda Civic, will cost between 18,000 and 24,000 dollars.  Then, over the course of the life of the vehicle, it will probably lose its value or will cost you in repairs at the rate of around 10% a year.  So, by the end of 10 years, your new car will be worth something, but when you factor into account the depreciation and the additional money you had to put into the car, you will have spent between $18,000-$24,000 net for the car over the past ten years.

That amounts to about $2,000 a year for the car.  This doesn’t factor in insurance.  Even if you have an excellent track record, insurance will probably cost you at least $500 a year and probably closer to $800-$1000 a year depending on how new the car is.  Finally, gas will be a concern.  Lets say your car is really fuel efficient and you’re an efficient driver, so you get the Prius combined mileage of 50 miles per gallon combined.  The average driver will drive around 13,000 miles a year, so the average driver will use up nearly 260 gallons of gas a year, which, at price of around $3.50, amounts to another $900 a year.  So, the average driver on a budget will expect to spend an average of $4,000 a year or more to own, drive, and maintain a car, not counting interest from a loan.

The benefits of owning a car are multifold.  It does offer the greatest flexibility in transportation as much of America’s current transportation system is built to optimize car travel.  Therefore, it wouldn’t be a stretch to sudden decide to be 400 miles away and travel there by car the very next day.  Furthermore, the modern car has a fairly sizable cargo capacity that can carry the vast majority of day-to-day purchases and the occasional larger item purchase.

If you’re interested in your other options, read the next article on this subject to learn my cost benefit break downs for bicycles and public transportation in addition to my recommendations depending on the transportation situation you may face.