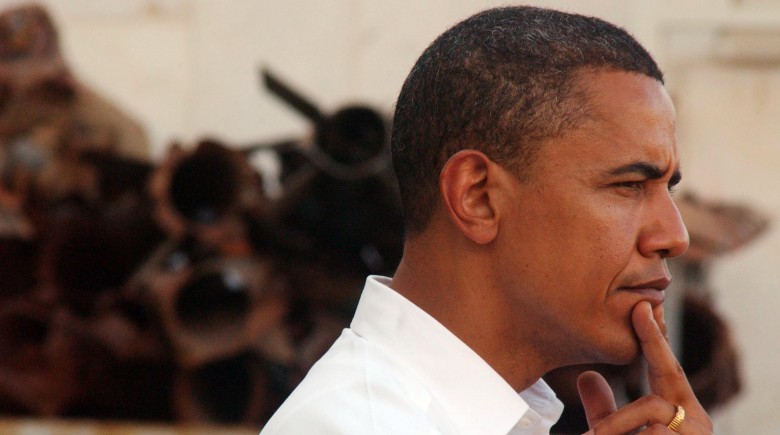 President Obama may be telling investors to cash out while you still have a chance. At least that is one way to interpret his sudden concern in potential economic bubbles. As Bloomberg reports, the president seems to be worried about the economy and mentioned the dreaded bubble word four times in a five day period.

Has he suddenly become one of those dreaded gold bugs, constantly hammering on about the economic ruin of the United States? Well hardly, but it does not take a Washington tea leaves reader to wonder just what is on his mind. He must be getting some information from his advisors that danger is lurking for him to bring this up in such rat-a-tat style. And, let’s face it, no matter where you consider yourself on the political map, there are certainly some reasons for concern:

Thanks to low borrowing costs, U.S. companies have issued $241 billion in junk bonds this year, more than twice the amount during the same period in 2007; investors’ use of borrowed money to buy stocks is up about one-third in the past year to a near record, and housing prices are surging in areas such as Las Vegas and Phoenix.

And the markets have begun to show the same worries of late as both bond yields and gold have bumped up considerably. There is always a bit of a chicken and egg dance when it comes to Wall Street prognostications, so maybe the market is reacting to Obama rather than anything new in the fundamentals. Or maybe Obama just wants to be on record as being aware of the dangers in case Wall Street is right this time. Either way, it never hurts to take into consideration what a sitting president has to say about the economy. As most of the time they want to put the best spin possible (while not seeming out of touch) it is at least noteworthy that Obama feels a need to get this bubble scenario onto the public record.

Of course, with a new Fed appointment expected in the near future, some people are interpreting this as a signal on his thoughts for the next chairman (or chairwomen). Others are interpreting it to mean that he’s signaling to Wall Street to not let things get out of hand. But, as in anything a president might say about the economy, the extrapolations have probably just begun:

Posen, now president of the Peterson Institute for International Economics, says he’s concerned that premature bubble concerns could tilt the president’s decision toward naming a Fed chairman who’d be less likely to aggressively use monetary policy tools. “There is a real danger if the president gets caught up chasing this ghost,” he said.

Well, that is certainly one way to interpret his speeches. But, how does all of this bubble talk affect you and your portfolio. No one knows the future, not even a president, but it may be time to take a look at your holding’s. If the president of the United States is worried, then it won’t hurt to notice and possibly take action. It doesn’t take a long memory to recall the last time a bubble or two burst. Are you prepared if it happens again?

Is Obama Telling You To Sell? He’s Talking...