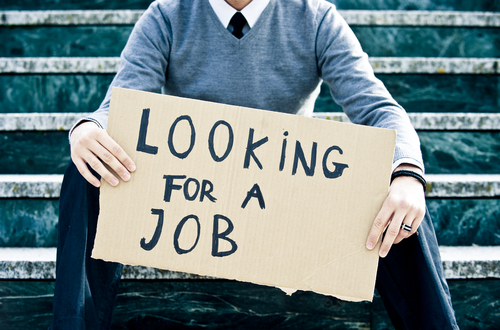 The Department of Labor reported weekly jobless claims of 362,000, representing an increase of 8,000 from last week’s report.  This number was higher than what experts expected, but did not seem to deter investors who continue to see optimism in the labor market, and the stock market in general.

Since the weekly report of new unemployment claims can tend to be volatile, many follow the four week moving average of the report.  This number increased slightly, from 354,750 to 355,000.  Such a small increase is negligible, and indicates that jobless claims are continuing their long-term decline.

Those who are continuing to collect unemployment rose by 10,000 to 3.416 million.  This number remains high overall, but the four week moving average did fall by 27,500.  Short term bumps like these small increases are of no concern when the overall trend is downward as can be seen in monitoring the four week averages.

Despite the temporary increase in jobless claims, many investors and economic analysts still feel the labor market is on the right track.  The trend in unemployment numbers is a healthy decrease, and the jobless claims are the lowest they have been in four years.  The remaining worry is whether or not the recovery is sustainable.

The continued drop in jobless claims is obviously a good thing.  Fewer claims means more Americans are getting back to work.  More work means that more money is moving around in the economy.  As more people earn an income, they are able to spend more money.  When this happens it spurs manufacturing and other sectors to increase in order to meet the demand.  When their demand increases, it causes more people to be hired, thus starting the cycle over.

For investors this means overall the economy is still looking up.  When jobless claims are under 375,000, and stay under this number, it usually means employment is strong and the unemployment rate is soon to drop.  A strong labor market, with a strong economy, indicates that corporate profits are increasing.  Investors will want to rush back into the market in order to capitalize on these profits.  While there are still a few hiccups in the overall economy, such as rapidly increasing energy costs, poor Open Market’s Committee outlook, and depressed housing markets, the general trend is positive.  The economy is getting on track, and Americans are getting back to work.  After as large of a recession as was seen over the last several years, the economy is recovering at a great pace.