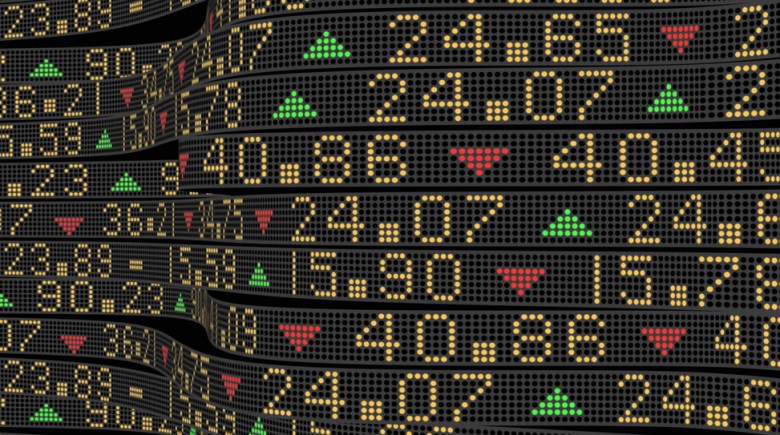 Uh-oh. This cannot be a good sign not matter how you slice it. And it is sliced very, very thin. While not brought up frequently in market conversations, margin levels can be extremely important. While it may or may not indicate a top, it does indicate a narrowing margin (yes, I used that on purpose) for error. Even a slight drop in markets can cause a margin call and that can cause more selling and on and on it goes. It basically provides the kindling for a fire and the larger the pile the bigger the fire. With a fairly sharp downturn just five years ago, it may seem surprising that people are loading up with debt to buy more stocks, but apparently it’s true:

Relative to the NYSE Composite, this is the most “leveraged’ investors have been since the absolute peak in Feb 2000. What is more worrisome, or perhaps not, is the ongoing collapse in investor net worth – defined as total free credit in margin accounts less total margin debt – which has hit what appears to be all-time lows (i.e. there’s less left than ever before) which as we noted previously raised a “red flag” with Deutsche Bank. Relative to the ‘economy’ margin debt has only been higher at the very peak in 2000 and 2007 and was never sustained at this level for more than 2 months.

Two months isn’t a long time, Of course it’s possible that as the markets continue to rise many of these customers will come to their senses and whittle back their debt load (hey, I said it was possible!). No, it will probably be an ugly ending, but there are different degrees of ugly. Maybe a sharp, quick pullback will jolt some of these guys out of their slumber. Anyone looking back at those last tow margin debt highs in 2000 and 2007 may not be comforted. Not only did the markets take a hit, but there was plenty of warnings out there:

” The wild price moves in Internet stocks, which can go up or down tens of dollars a day, have caused brokerages to stop allowing customers to buy some of these volatile stocks on margin or require clients to put up more cash. “Either the market has to rise dramatically to make those loans good or in any down move there’s tremendous selling pressure,” Biderman said.

Ah, yes the internet craze–seems far away now doesn’t it? There are more warnings/predictions of this ilk at the link, and none of them are exactly fun to reminisce about. And to be fair, all predictions are just that. No one tends to gather the warnings that never amounted to anything. Still, it is something to keep an eye on. Yes, The Fed is keeping rates low and yes margin rates are also low and “don’t fight The Fed” etc. Regardless of all the reasons the market may stay high or even go higher though, the fact remains that the margin debt levels mean the stage is set for a downturn. Higher margin debt is kindling all right and it’s soaked with gasoline. One spark and it could get bumpy. It may be a good time to take some money off of the table, as long as that fits within the framework of your long term plan, of course. And hey, it is tax-loss selling season, might as well take a look. Of course, we are all rooting for the margin levels to come down without all of the drama, but human nature being what it is, that may be wishing for too much.