Own A Bond Fund? Look Out Below! 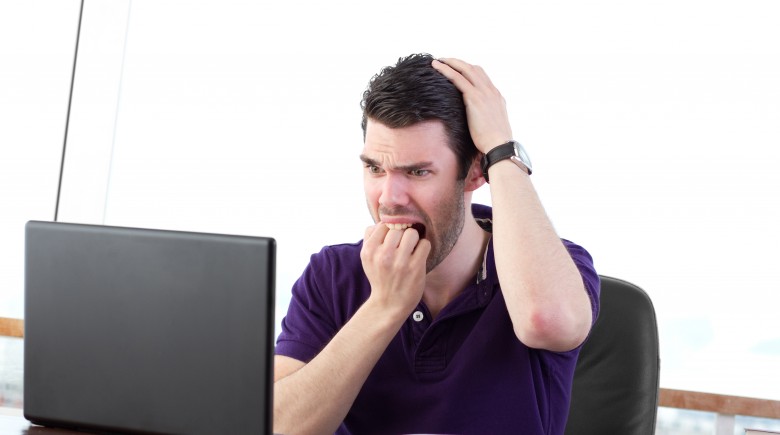 By now, even if you don’t follow the markets on a day to day basis, you have opened your May statement and probably noticed something disturbing. Those “safe” bond funds that you are invested in are suddenly in the red. And the drop was stock-like in its depth. Bond investors are getting skittish and it may be hitting you right in the pocket. It is always a good idea to reassess one’s portfolio, and when it comes to bonds we all may be a bit out of practice.

Since the beginning of the “great recession” in 2008/2009, the bond market has been an island of calm. Not only has your bind fund increased in value (if you bought them early) but it has since been a rock of stability. The movement in bonds has been minimal as the fed and its seemingly endless quantitative easing (QE) programs has kept the yields as low as can be. But after four years plus of this steadiness the bond market may be going a bit wobbly. That is not good news for bond fund holders and in some cases may be disastrous. That is because, despite the years of solid if mundane returns, bonds are in a awkward spot. And those with bond funds may be in the worst spot of all.

As you all know by now, bonds (and CDs and Money Markets and savings accounts) are all offering historic low amounts of interest to the customers. Once bonds begin to yield anywhere near historically “normal” interest rates, their price will plummet. It has happened before, with the 1994 time frame the most recent. Back then it was not uncommon to see even U.S Government backed bonds drop 20%. That is bad enough, of course, but this time period could be worse — a lot worse. Because we are at such extreme lows in yields any move back to the rates of just 6 or 7 years ago could startling. Add all of that up and it could easily be a recipe for pain.

With an actual bond, it is possible to ride out the storm by just waiting to maturity. So, if you bought a ten year U.S. Government bond  a couple of years ago and the price drops to say, $60, it won’t be fun. However, as the days go by you are closer and closer to the day you can get $100 for the bond. Because of that it will ever so slowly turn into a short-term bond and creep ever closer to the $100 price of its maturity. Barring some wildly high interest rate environment, your bond will fairly quickly gain back most of its original value. A bond fund, on the other hand, is another matter entirely.

You don’t actually own any bonds at all, but shares of a fund that owns bonds. The distinction is important, because unlike the example of the bond owner above, you have no control over what happens. The bond manager may sell all of the bonds in a mad dash to buy ultra short-term paper so as to “protect” capital. Or maybe he doubles down and goes out and buys even longer term bonds so as to take advantage of a “turnaround”. This is, of course, what you get when hiring a money manager whether it is for stocks or bonds and there is not necessarily anything wrong with that. It is just not generally what many people think of when investing in a bond fund. Generally it is no big deal either, as bonds are quite often as boring as watching paint dry. But the decisions a manager makes in your bond fund during jumpy times can have a deleterious (or beneficial) effect on your portfolio for years to come. Hey, you take your chances right? Again, that is true, but for most bond fund investors it is just not what they want to do with that portion of their money.

I will go into further details of some of the disadvantages (and advantages) of bond funds in a posting very soon, but for now let’s just say that after the wake-up call of your bond fund valuations in your May statement, now would be a good time to take inventory. How many bonds to you really want or need with interest rates so low? Are you perhaps taking more risk than you planned for that part of your portfolio?

If interest rates go higher so will money market funds and even savings accounts (eventually). Maybe some of your money really belongs there. It’s always a good time to give your portfolio a solid looking over. With bonds threatening to have stock-like losses, now might be as good a time as any.

Own A Bond Fund? Look Out Below!