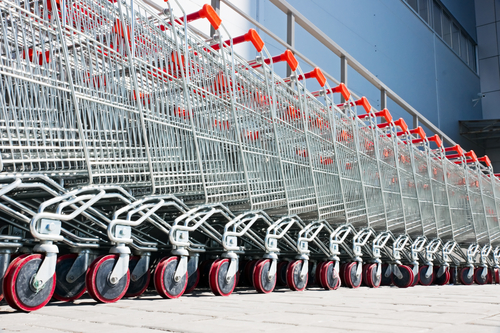 February’s Retail Sales Report  increased 1.1%. The report follows in a series of positive signs for the US economy. The gain represents the best figure in five months and signals an increased confidence by Americans. Retail sales are a key indicator of the strength of the American economy. Traditionally, when consumers have confidence about employment and the economy, they tend to spend more money.

The report reveals an increase in demand for products in nearly every category. According to Department of Commerce data, 11 of the 13 areas measured in the report, which include clothing stores, automobile dealerships and gasoline stations, registered increases in consumer spending recorded increases in sales.

What the Numbers Reveal

Excluding vehicle sales, retail sales increased 0.9% for February, which exceeds Bloomberg’s median forecast of a 0.7% gain. The numbers include a 3.3% in gasoline station sales. The automobile industry registered higher auto sale numbers, but the Commerce Department reports a 1.6% increase in automobile sales for February.

Many analysts see this is encouraging news for the economy, especially in light of rising prices at the pump says ICSC’s chief economist Michael Niemira. The trend seems to have continued into March, as retail sales for the week ending March 10 grew 2.3%, on an annual basis. Based on a report conducted by Goldman Sachs and the international Council of shopping centers Niemira attributes the strength in retail sales to “colorful apparel and pent-up demand.”

Many industry watchers, including Stephen Stanley the chief economist at Pierpont Securities, believe thatl improvement in the labor market and wage increases have made consumers more confident. The February unemployment rate remained unchanged at 8.3 percent. Wages also showed a 0.5%  increase.

However, Stanley states that rising gas prices can quickly derail any momentum because of the effect on household budgets. As he points to, gasoline sales 11.5% share of total retail sales, in February.

The Retail Sale Report contains data from a wide variety of enterprises that sale and products to consumers, including vending machine companies, mail order firms, chain stores, discount stores and grocery stores. Many analysts, economists and investors rely on the Retail Sales Report for monitoring and tracking retail commerce and the dollar volume of transactions. It is one of many economic indicators used to evaluate the state of the US economy.

The Commerce Department data cover sales for the prior month. Often called a “coincident indicator,”   the Retail Sales Report provides valuable up-to-date insights into strength of the economy. It also serves a gauge for measuring pre-inflation activities.